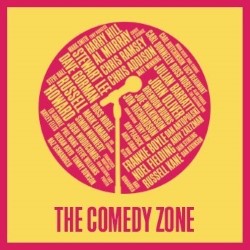 This year we are proud to present four of the finest, freshest acts on the circuit: Jack Barry, Steve Bugeja, Adam Hess and Alex Smith.

Jack Barry has acted as tour Support for James Acaster's Edinburgh award-nominated shows and was in the Pleasance Comedy Reserve in 2013.

Steve Bugeja was winner of the BBC Radio New Comedy Award 2013 and was a finalist in the Amused Moose (2013) and Laughing Horse new act competitions (2011).

Adam Hess was the Chortle Student Comedy Award Winner and Leicester Square Theatre New Act of the Year runner-up in 2011 and received a nomination for the Best Newcomer at the Chortle Awards in 2013.

Alex Smith has performed on Live At The Electric (BBC Three) and BBC Radio 2's New Comedy Awards and was the Amused Moose Laugh Off runner up in 2013.