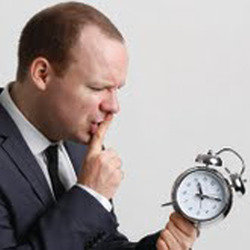 Demagogue? Iconoclast? Dilettante? Virtuoso? Ok, these words have nothing to do with the show but they do make it sound clever and that's what it's all about. 'Simply put, Delamere is a master' ***** (Scotsman).'Funny, engaged, clever, inventive, entertaining' - (Independent).

Neil Delamere, is returning to the Edinburgh Fringe Festival this August with his highly anticipated brand new show, Smartbomb. Catch the Irish funny man nightly throughout the Fringe at the Pleasance Above at 9pm.

Demagogue? Iconoclast? Dilettante? Virtuoso? Ok, these words have nothing to do with the show but they do make it sound clever and that's what it's all about. General advice will also be dispensed, including what not to bring to a football match, what to wear to attract the opposite sex and how to avoid future recessions.

Neil is currently one of the biggest names on the Irish comedy scene. His 2012 Fringe show Delamere Mortal was a stand-out success receiving numerous four and five star reviews.

Neil has recently been seen in UK on TV shows such as Michael McIntyre's Comedy Roadshow (BBC One), Stand Up For The Week (Channel 4) and Comedy Central at the Comedy Store as well as regular appearances on BBC's weekly comedy panel game-show, The Blame Game.

With his likeable manner and proneness to flights of fancy, Neil takes joy in the mundane aspects of life, rendering them hilarious to his audiences. This is proven by the successful 5 star rated tours of his Bookmarks and Crème Delamere shows which have taken him to the Montreal Just For Laughs Festival, the Melbourne International Comedy Festival and the Edinburgh Fringe Festival as well as performances all over Ireland and at the prestigious Kilkenny Cat Laughs festival.