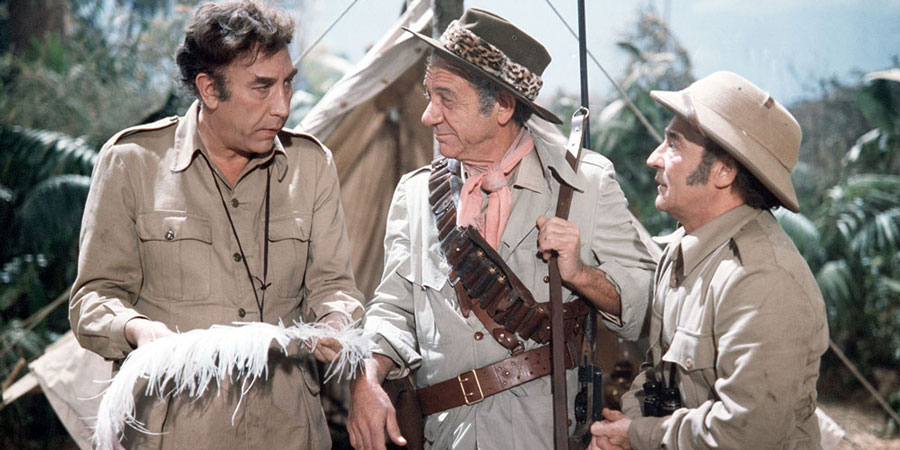 Carry On Up The Jungle

The Carry On gang are joined by Frankie Howerd as they set off on an exotic jungle expedition. They encounter an all-female tribe and a sex-crazed gorilla

Ornithologist Professor Inigo Tinkle gives a lantern lecture to the Royal Society, describing his African expedition in search of the rare oozulum bird. Other members of the expedition included his assistant ornithologist Claude Chumley; seasoned safari leader Bill Boosey; and Lady Evelyn Bagley, who is in search of the nappy pin of her son, lost in infancy in the region, and presumed eaten by a crocodile, along with her husband.

They encounter snakes, elephants and the fierce Nosha tribe, as well as a Tarzan-like man whose lack of English leads him to be known as 'Ug'. Though fearing that they might be caught by the Noshas, the group eventually finds itself in the hands of the Lubi Dubbis, an all-female tribe who desperately need men or face dying out, but there are some surprises in store when the group meets tribal leader the Great Tonka.