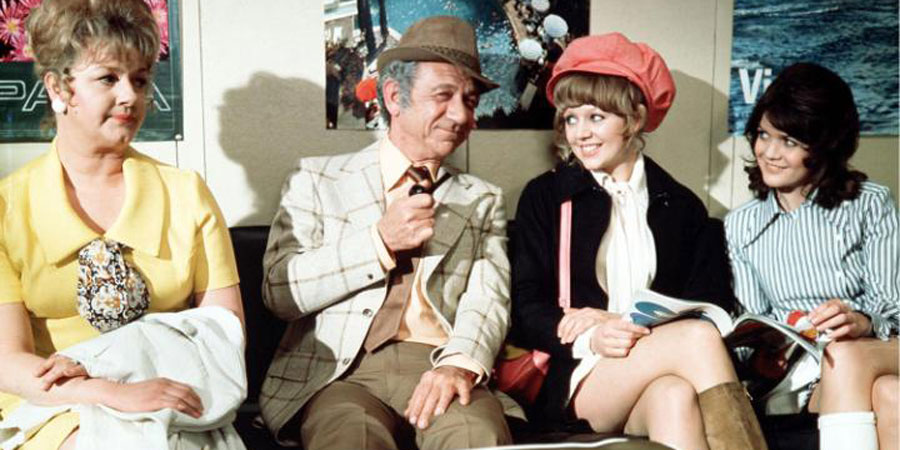 The Carry On regulars embark on a package holiday to a Spanish resort. The revellers find that the Palace Hotel hardly lives up to its name

Pub landlord Vic Flange is heading off on his holidays - and despite being afraid of flying, wife Cora decides she'll come along too when she discovers that local blonde bombshell Sadie is also due to go on the same package trip.

Organised by local travel agent Wundatours, a coach load of tourists are heading to the airport for their all-inclusive package to the Spanish resort of Elsbels and its Palace Hotel. Unfortunately for Wundatours proprietor Stuart Farquhar and his clients, the Elsbels rather lives up to its name, and the builders haven't even finished the hotel yet!

Things quickly go awry from the moment the group arrive. Just one man - Monsieur Pepe - appears to be acting as porter, waiter and manager; there's no glass in many of the windows; no backs on some of the wardrobes; and each room seems to share its bathroom with the room next door!

Also joining Vic, Cora and Sadie on the trip are Evelyn Blunt and her hen-pecked husband, Stanley; gay couple Robin and Nicholas; bachelor Eustace Tuttle; 20-somethings Lily and Marge; single Scotsman Bert; and a group of clergymen from a missionary order!

The mismatched group are disturbed from 6 am by builders drilling and peeling the temporary roofing back: then a day trip to a nearby town sees the day end in an altogether different fashion after the trippers all pick up a bottle each of a locally brewed love potion!