Martin Clunes is back starring in sitcom. In Warren he stars as a grumpy driving instructor forced to move from the South up to Preston when his partner Anne's father falls ill. He suddenly finds himself living in an area he doesn't like, doing a job he's not emotionally cut out for and looking after two teenage stepsons he never wanted. Let's find out more from Martin himself:

What can you tell us about the show? 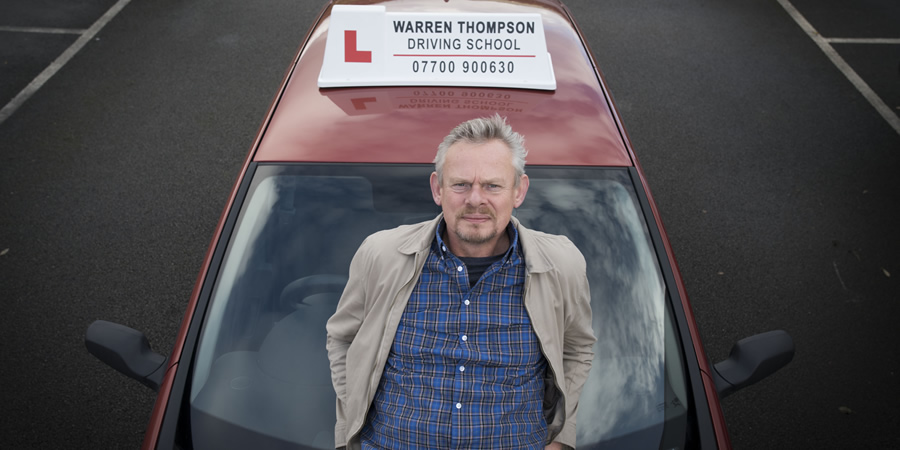 Was it fun to play a character like that?

Yes absolutely, with knobs on!

Warren can be quite a grumpy character, do you share any of those traits?

[laughs] I'm sure, it's got to come from somewhere in me.

Tell us about your co-stars... 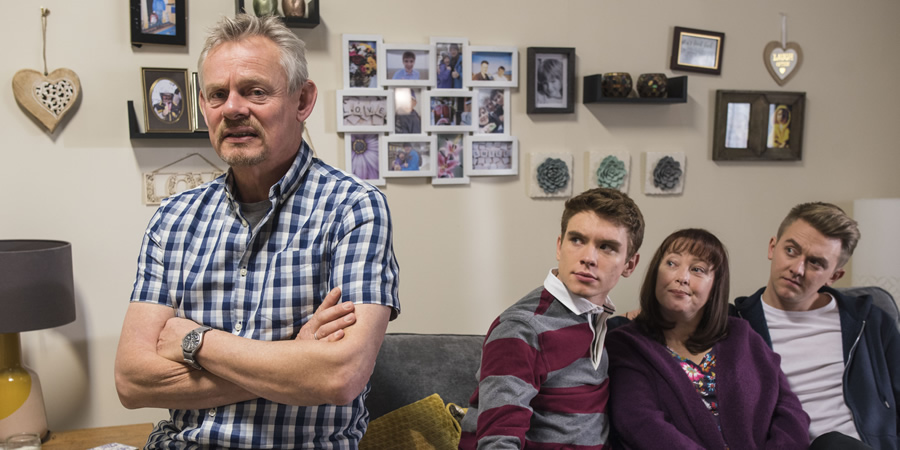 They are a really gifted cast, every single one of them and they've all got really nice stuff to do in the show and that's all a good actor needs is good stuff to do. All of their characters are clearly defined and you can see that they all seize it with relish.

It's like a game of doubles tennis, when you get a scene right with a load of good actors in a comedy, it's like getting the sweet spot on every shot on the racquet, it happened an awful lot and it actually caused failures in discipline in some people!

Normally you laugh when something goes wrong and you ruin the take but we were laughing because we found the scene so funny and people's performances just make you laugh because they are so good and so funny.

Do you prefer comedy or drama?

I like them both; I like comedy, I like drama, I like presenting, I'm very lucky to work on a variety of shows. On Doc Martin [due to return to ITV for another series later this year] I get to do both, the medical side of things which is serious and sometimes life threatening... and then he walks into a door frame! 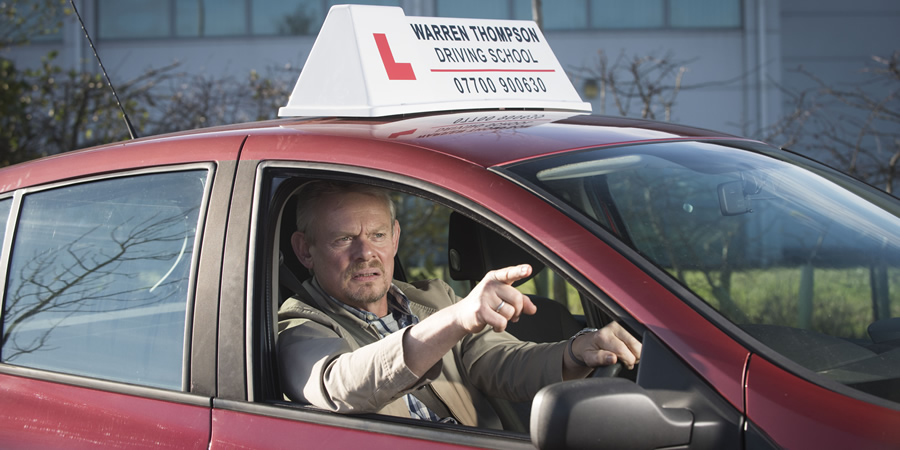 Did you have any influence on the script, putting your own spin it?

Very very few, they were really good scripts, really good! There wasn't any hair pulling out moments where we thought we've got to make this awful thing work!

I've known Jimmy [Executive Producer Jimmy Mulville] for years, we shared a dressing room together on a play about 30 years ago and we've always stayed in touch and he's so brilliant, he sent me the scripts.

You look at what's he's achieved with [production company] Hat Trick and its phenomenal. We make each other laugh, so I knew it was worth a read when he sent it. I hadn't really thought I wanted to do another situation comedy, I was quite convinced I didn't - but I didn't want anyone else to do this.

Has playing a driving instructor brought back any memories of your own driving test?

Actually, no, because I never had any lessons and I passed first time. I don't think the test was as hard as it is now!

What comedies are you enjoying at the moment?

My favourite show on television is Would I Lie To You? They are all at the top of their game they just dig each other so much it's a joy to watch, they are all so different, and I love it! I have been on the show before and they did ask me again, but I'm just really happy being a punter!