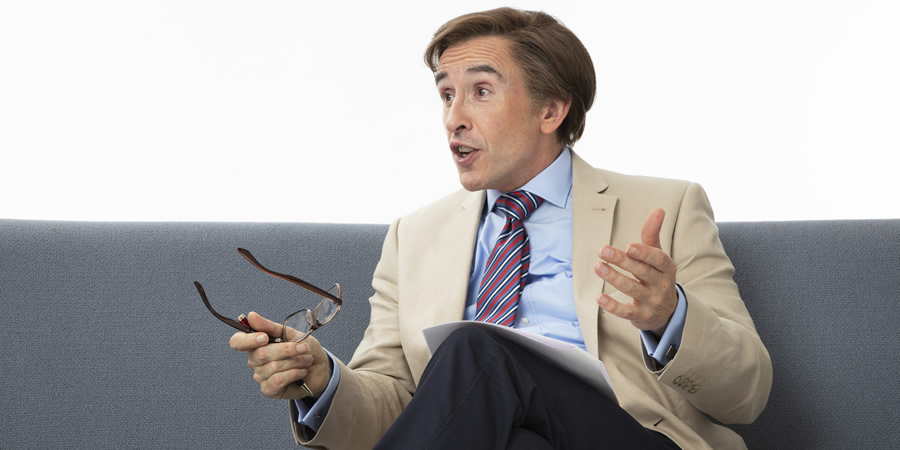 Due to the sudden illness of its regular host, BBC One magazine show This Time welcomes Alan Partridge as its guest presenter. A chance for the consummate broadcaster to flit effortlessly between seal pups, hand washing and cyberterrorism.
Preview clips

The first look at the new Alan Partridge series, in which Alan is handed a career lifeline - the chance to stand in (temporarily) as co-host on an evening weekday magazine show. It starts on BBC One on Monday 25th February.

The importance of washing your hands

In this handy segment of This Time, Alan explores the importance of washing your hands properly and teaches us how to use the toilet without getting your hands dirty.