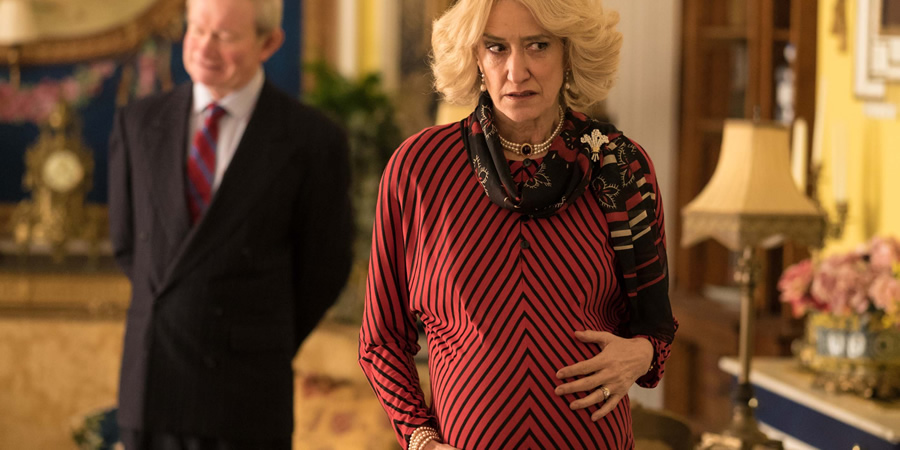 The family proves itself as 'in touch' as ever as Charles and Camilla try to pass themselves off as lefties.
Preview clip

Wills becomes obsessed by The Royal Variety Show, while Kate finds herself preoccupied with the Archbishop of Canterbury.

The family proves itself as 'in touch' as ever as Charles and Camilla try to pass themselves off as lefties, Beatrice nearly kills herself trying to do an actual office job, and Harry gets so drunk trying to distract himself from the fact that Pippa has seemingly moved on with another man that he ends up in a Latvian hospital. Can Edward rescue him, and can Harry win Pippa back before she takes a turn up the aisle with the new object of her affections?

Prince William will be king