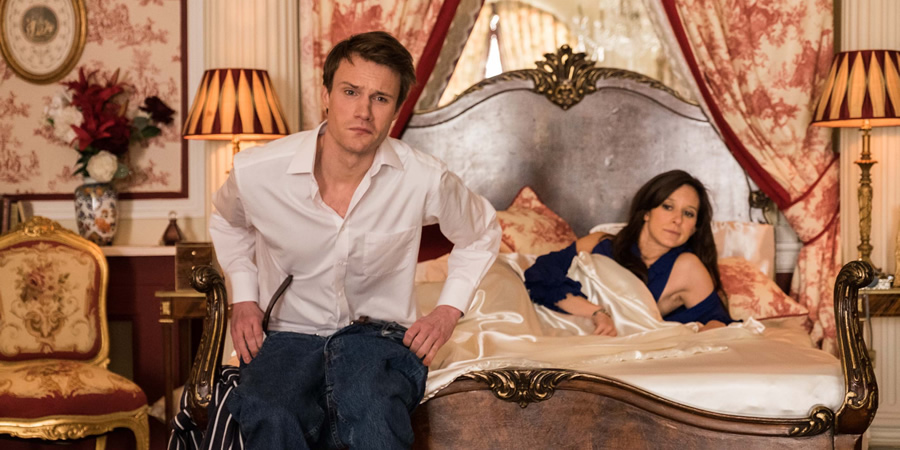 Prince Charles tries to keep his family in order, but Wills wants to mingle with the people.
Preview clips

Pippa, resentful at her sister for bagging a Prince, uses her 'fantastic arse' to lure Harry. In an attempt to be accepted by the Royals, Kate volunteers to help Harry with his fancy dress charity ball at Buckingham Palace.

Prince Edward is babysitting for Wills and Kate, while Fergie, intent on partying like it's 1982, enlists Beatrice and Eugenie's help to sneak into the ball.

Camilla, alarmed at Wills and Kate's popularity, makes sure Kate's party planning backfires by giving her a costume that goes down very badly with the ball's beneficiaries. Wills crash lands the helicopter just in time, but has he landed in a constitutional crisis?