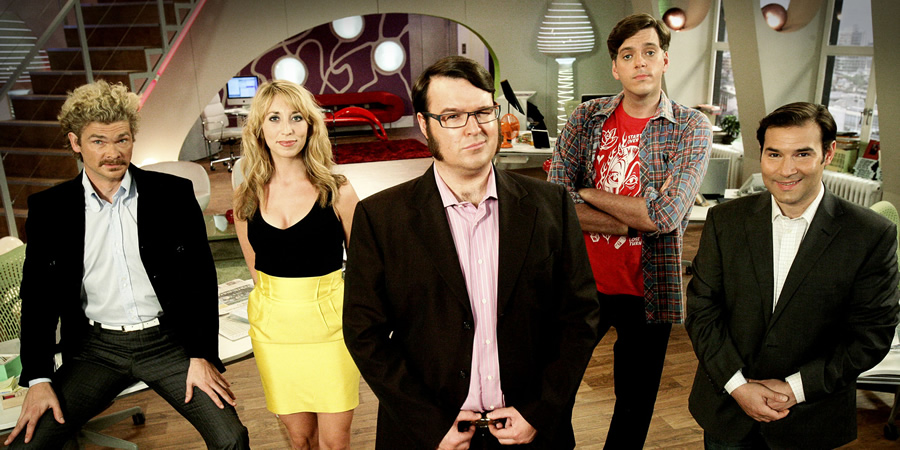 Sitcom about the flaky, shaky, fakey 'creatives' who work in the advertising industry, trying to persuade you to buy things you don't want

A sitcom about 'creatives' who work in the advertising industry. Underworked and overpaid, they're the people who spend all day trying to persuade you to buy things you don't want with money you don't have. They're scum.

There's Billy, who's smart and funny and still works in advertising; uncontrollable urge-bag Keaton; neurotic, spoiled Emma; Australian boss Clive; and hopeless, witless, feckless Greg - who wants to be as ambitious and amoral as his friends, but can't seem to manage even that.

Over the six episodes, the five advertising degenerates face selling a brown smelly 'cockney cheese' for disillusioned, aggressive and frightening cockney client Jim. Issues of beauty are tackled with ruthless honesty as Emma becomes the 'Head of Handsomeness' and creates the 'corridor of beauty' and a home for the ugly. Keaton, the Head of Global, becomes impotent as he learns that women are somehow human too. Keaton and Billy engage on a war of being impractical and battle it out to prove they are not mature and sensible. Emma embraces the new 'diet stuff' drink and starts a protest against fat people with her hand-made ryvita cross. Billy experiences the frustration of writer's block and Keaton steals the employee's happiness. Boss man Clive installs a new initiative to make the office more Australian and Greg falls in love with a client with no returned affection.