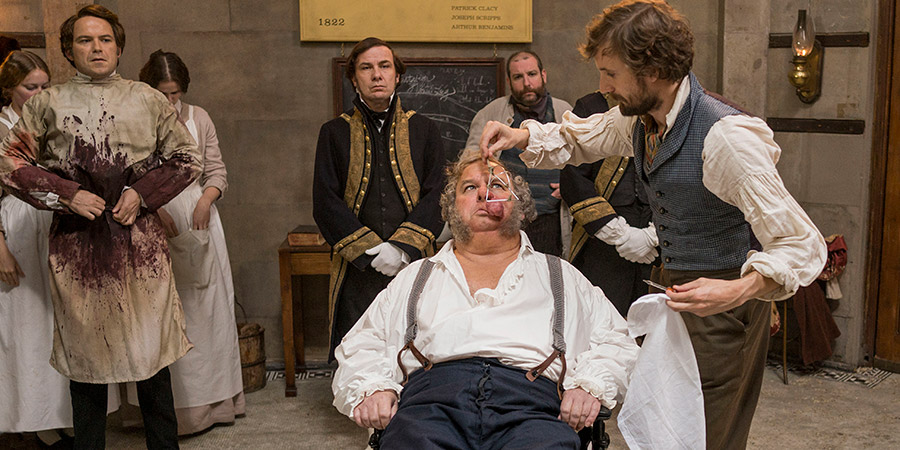 Robert prepares for a cutting-edge operation on a member of the nobility.
Preview clip

Robert is a domineering, showman surgeon - a rockstar of his age - who's almost as brilliant as he thinks he is, who can pack out an operating theatre and take off a leg in 92 seconds.

But after botching an amputation, Robert comes under scrutiny from the Royal Physician, Dr Hendrick. So John - a drug-addled dentist who's trying to create the world's first anaesthetic - convinces Robert to use potentially lethal ether in a prestigious and pioneering operation.

Meanwhile, Caroline (Robert's headstrong wife), finds herself frustrated with her lot as a housewife and seeks help from Robert's friend William - a kind but anxious alienist (an early psychiatrist) who understands her better than her own husband does.

He wants to help her with phrenology treatment, but that involves touching her on an intimate area - her head. The lines are blurred when it becomes clear Caroline wants more than just psychiatry from William, and he finds himself torn between being a friend to Robert and a doctor to Caroline.

Robert is a surgeon in Victorian London - an era when surgeons were the rockstars of their day.