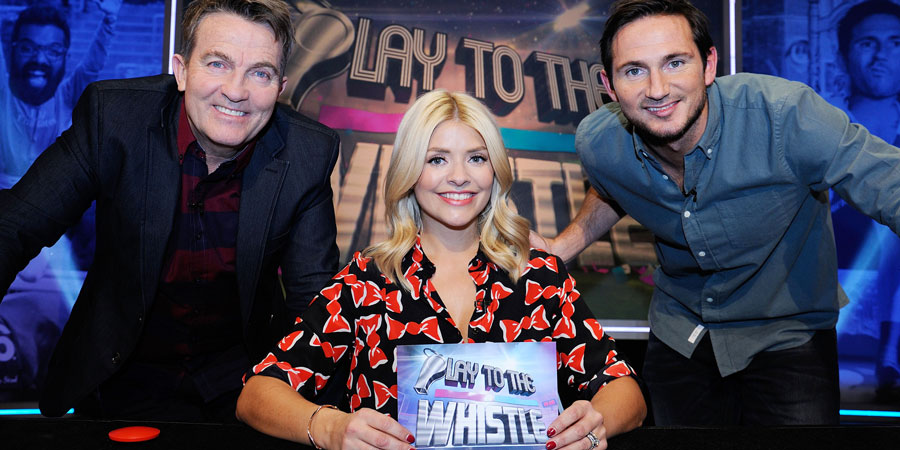 Play To The Whistle

Hosted by Holly Willoughby, Play To The Whistle is a comedy entertainment show with sport at its heart.

Featuring team captains Frank Lampard and Bradley Walsh, Play To The Whistle features guests from the worlds of comedy and sport.

Each weekly fixture sees the opponents battle it out and prove their sporting prowess to find out who really knows their Tom Daleys from their Daley Thompsons.

Seann Walsh acts as the series' comic umpire as both teams simply... 'play to the whistle'. Whether using their encyclopaedic sporting knowledge, their funny bones or physical skills, each round is only completed at the sound of Holly's whistle.