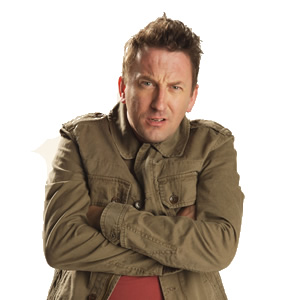 Unburdened by ambition or drive, lazy Lee drifts from one ill-advised job to another. His was an ice cream van man for a while.

In the first series Lee lived off the goodwill and generosity of his landlady Kate. They started with an easy-going, comfortable friendship however it soon begun to move into un-charted waters when it became apparent they both fancied each other. The problem was Lee couldn't really act on his feelings as Kate used to go out with a guy called Tim... who just happens to be Lee's best mate!

Lee defuses most situations by using jokes - he finds it hard to be serious - a character trait which often gets him into trouble.

When Kate moves back to America, Tim puts the flat up for sale - leaving Lee potentially facing homelessness. At first Lee announces he'll buy the flat himself however his inability to earn a steady income means he eventually ends up renting the spare room from the new owner - Tim's younger sister Lucy.

It isn't long before Lee finds he has feelings for his new landlady too, she is after all quite attractive. Once again there were barriers in the way of Lee having a relationship though - in this case it was the fact that Lucy already had a boyfriend, the rich and suave Guy. Lee doesn't make much of an attempt to hide what he thinks of Guy - taking the mickey out of his age soon becomes a funny hobby. Guy and Lucy have since split up, but still Lee hasn't quite managed to make a move on Lucy yet... 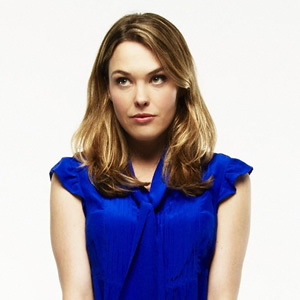 Lucy has spent a number of years in Zurich working as a successful business women. Upon returning to England she has bought the flat and now reluctantly rents out the spare room to Lee (it was part of the deal).

Lucy is very career-minded. She is a young, confident, successful go-getter. As a result there is a lot of tension between Lucy and Tim, who is her brother - he's jealous of her, whilst she thinks he's an underachiever. Much of the sibling-rivaly stems from the fact that Lucy is the favourite sibling with their mum and dad, whilst Tim is looked upon as a disappointment.

During the second series Lucy was going out with Guy - her boss and a man 20 years her senior. Despite the fact she was dating Guy there was clearly some romantic tension when Lee is in the same room. At the end of the series two Lucy and Guy split - does this now mean Lee has a chance? 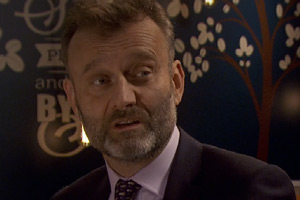 Having moved in to an adjoining flat to Lee and Lucy's, Toby fairly quickly finds a friendship forming with the pair.

A doctor, he lives with his cold and controlling wife Anna, which is why he can often be found down the pub with Lee, even though the two have little in common.

When both couples become parents, Toby and Lee bond more closely over their shared struggles as parents. 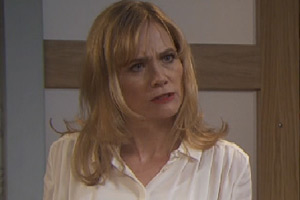 Anna is Toby's uptight, snobbish wife and is wholeheartedly disapproving of his attempts to have fun.

She (very) reluctantly spends time with Lee and Lucy following her husband's growing friendship with the couple, but is slowly coming to more friendly terms - with Lucy, at least! After all, Anna may have no discernible sense of humour, but she and Lucy are still struggling mums. 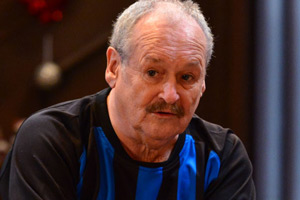 Frank is Lee's lazy and feckless father. Often found dossing with Lee and Lucy or getting into some kind of trouble that Lee is forced to help him get out of, he was never around when Lee was growing up and always let the family down. However, he's determined to be a better grandparent. 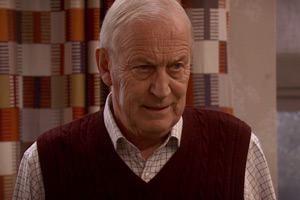 Geoffrey is Lucy and Tim's dad. He thinks his son is a wet blanket (he's right), but loves his daughter very much.

Stern and to the point, Geoffrey certainly doesn't hide the fact that he doesn't like Lee. 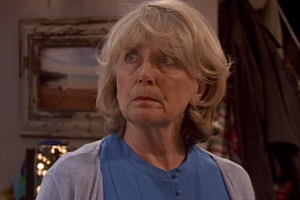 Wendy is Lucy and Tim's kind and caring mother.

Lee often says, normally by accident, inappropriate things in front of her. He ties himself in knots trying not to say anything too sexual to her. 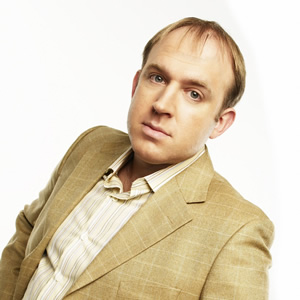 Tim is Lee's best mate. He's rather uptight and sensible - they make an odd pair.

Before Kate moved back to America, Tim used to do everything he could to continue to see his ex-girlfriend. He'd often turn up at the flat with a rubbish excuse for being there. He even tried to get Kate back by inviting her to his Grandma's funeral in a hope she'd feel sorry for him!

Tim works as an accountant for the local council. He is not what you would call a risk-taker or a party animal. He has made one big mistake in his life though - having a brief romantic encounter with a girl quite a bit younger than he is - it's something Kate never let him forget.

Now that his best mate Lee is living with his 'little sister', Tim has something new to worry about: it doesn't take long before he becomes suspicious about what his best friend's feelings might be in relation to his sibling.

Tim has a new girlfriend now - he is going out with the lovely, but very dim, Daisy.

Tim and Daisy have split up by the time Series 6 starts, with Tim working in Germany, so we don't see him any more. However, he does return at the end of Series 7 for Lee's special day. 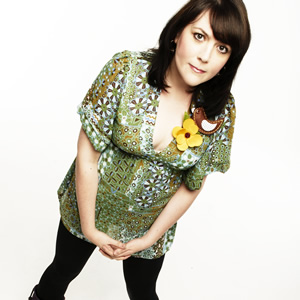 Daisy is Tim's dim girlfriend. She pitches into conversations with little knowledge and is also very gullible.

Her lack of intelligence clearly embarrasses Tim, as a result it is a bit of a mystery why he is still going out with her. 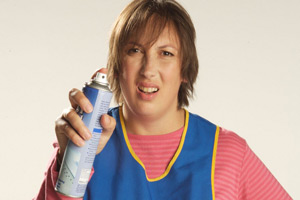 Barbara was Lucy and Lee's flat cleaner - well in theory she was, in actual fact she seemed to spend most of her time lazing around and eating food out of their fridge.

Why Lucy didn't sack Barbara is a bit of a mystery - she was more than a little clumsy, which isn't a great attribute for a cleaner to have. On the rare occassions Barbara did try and do her job, she almost always ended up breaking something.

Barbara was quite bold and confident... and most definitely not quite all there, preferring to spend time in her own world instead. Barbara was not afraid to stick her oar into domestic disputes should she happen to be loitering around nearby... which she invariably always was.

Although she is the managing director and CEO of the cleaning company she works for, it should be pointed out she is actually the only member of staff!

Barbara isn't cleaning the flat any more - it's not mentioned, but it's likely she was sacked. 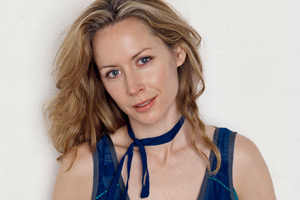 Kate was Lee's kind and generous landlady during the first series. She was more than just a rent collector though... she was determined to push Lee into making something of his life.

Kate is from California and so, like a lot of people from that region of America, pays a lot of attention to her health. She was continually trying to coax Lee into eating some of her disgustingly-healthy homemade food.

Despite the fact Kate's personality was quite different from Lee's they still found themselves attracted to each other, but she also sometimes found herself wondering whether breaking up with Tim was such a great idea.

Kate has now moved back to America. 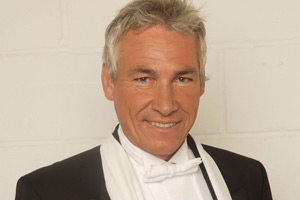 Due to a mis-understanding, Lucy initially thought Guy was gay - however, even then, she was clearly attracted to him and attempted to 'turn him straight'. When it transpires that Guy is actually straight and fancied her, it wasn't long before they were locking lips.

Lee and Guy were unlikely to ever get on. They share nothing in common and the fact that Guy dominated life in the flat and got to kiss the lady Lee loves was clearly a problem for Lee. As a result, Lee made jokes about how much older Guy was than the rest of them at every opportunity he got. He also tried to find ways to dis-credit Guy (for example breaking into his office to try and find evidence that he is a gangster). It emerged during the series that amongst Guy's business interests was a lap-dancing club. Lucy and Guy have now split up.