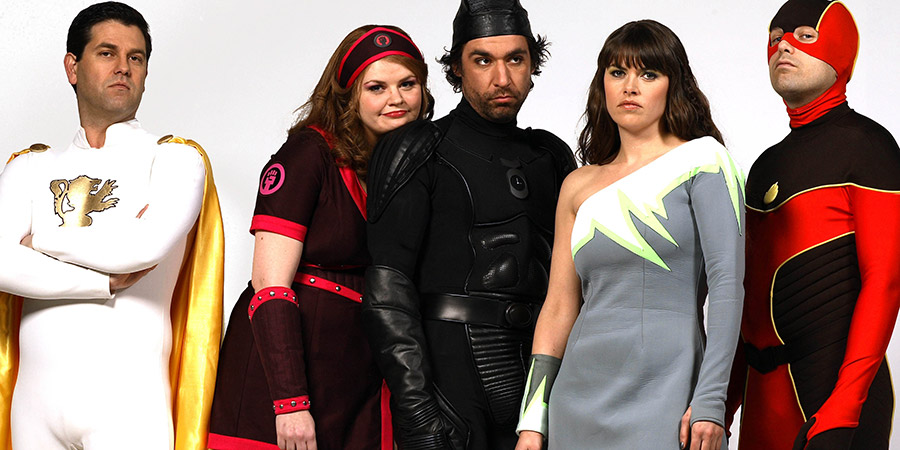 A single-camera sitcom about four old friends who just happen to be off-duty superheroes. Based in a Soho pub, the comedy focuses on their relationships, their sex lives, and their constant desperation for success and fame.

The Hotness has the power to heat up like a giant car cigarette lighter. Electroclash can control electricity and talk to machines. Timebomb can see up to sixty seconds into the future. Whilst She-Force is the third strongest person in the world.

The superheroes must content with their nemesis, Excelsor, the most powerful superhero of his generation.