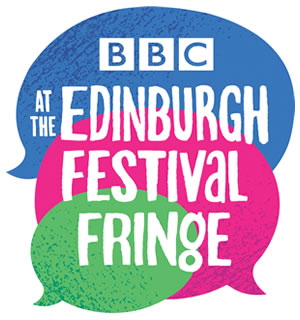 The BBC has announced it is to broadcast comedy from its Edinburgh Fringe Festival venue for eight hours in a live overnight broadcast.

Viewers will be able to tune into the performances live via the Red Button service, or through the BBC website, from 9pm on Friday 17th August to 5am on Saturday 18th.

The full line-up has yet to be finalised, but the MCs confirmed so far include Chris Ramsey, Andrew Maxwell and Susan Calman. These comics will introduce a number of acts performing at the Edinburgh Festival.

The BBC is running the unique broadcast event to help bring the festival to the wider population. BBC Executive Producer Will Saunders says: "We have always supported the Fringe. The acts we've spotted and given opportunities to are countless. In the last two years having our own BBC Venue has just allowed us to put on bigger and hopefully better broadcast events."

The broadcast is taking place overnight so as to avoid the watershed and allow the acts to perform their sets un-interrupted and as much like a real 'live' show as possible.

Saunders commented to British Comedy Guide: "I hope it's the Fringe as it is. Late, live and a little bit of the unexpected. What's great is that so much TV comedy has to sit in a space where it's made in the edit. Of course that may still be the case for some of the TV shows we have to make from this content but if you press Red on August 17th you get to see some very funny, clever people down a camera showing you just how funny and clever they are. I hope it's about as close to actually being at the Fringe as we can make it." 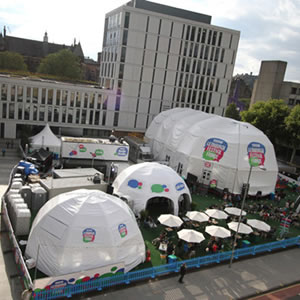 The BBC is aiming to get as many interesting acts on the show as it can. Explaining more about the line-up and scheduling, Saunders said: "Who goes when is partly down to availability, and when people's shows finish and can make it to our venue. And in the wee small hours it will be important we can get some names who will help keep the venue full. Which acts is partly down to our broadcasters, as we're commissioned by BBC Three, BBC Scotland and BBC Northern Ireland so we need the right mix for them. It's also important we pick a lot of new and up and coming names and give them their first broadcast opportunity with the BBC."

For those who aren't able to press Red to watch live on the night, or don't have time to sit through the eight hours, the BBC will be recording the performances, with edited highlights due to be added to the BBC website and broadcast on BBC Three.

Meanwhile, on the radio, special episodes of shows including The Unbelievable Truth and Just A Minute have been recorded at the festival for broadcast later this month.

Below is footage of a performance from The Boy With Tape On His Face, recorded by the BBC at last year's festival.

British Comedy Guide is providing full listings for the 1,400+ comedy shows at this year's Festival Fringe, including a review aggregation tool that collects up reviews from all publications, making it easy for fans to see which shows are attracting good and bad press. BCG Coverage