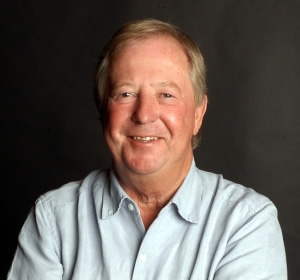 Tim Brooke-Taylor is to take on his first major TV comedy project since The Goodies. The comedian will present a new family-oriented series called Everyone Loves Animals.

The six-part studio-based series will be presented as a spoof news programme featuring amusing animal-based clips which are packaged and presented as news stories.

Tim Brooke-Taylor, who still regularly appears on Radio 4's I'm Sorry I Haven't A Clue, will anchor the show, with assistance from a 'dog'. The 'newshound' will be played by a yet-to-be-named comic actor.

The duo will offer their differing perspectives on news from the animal kingdom. "From criminal cats to piano playing pugs, this is the news as you've never seen it before."

Tim Brooke-Taylor says: "When I was presented with the idea of this show I thought 'this sounds good'. Believe me it's much, much better than that. The only problem I have is being upstaged by very, very funny animals."

The show will be made by Talkback, the production company behind shows such as QI, Never Mind The Buzzcocks and Celebrity Juice. Dan Baldwin, the company's Managing Director, comments: "As a nation of animal lovers, this series will get the whole family laughing, including your pets. It's the perfect teatime comedy treat. We're delighted with the commission and we're thrilled that Tim Brooke-Taylor has agreed to host this."

BBC entertainment commissioner Karl Warner adds: "We're really pleased to be working with Talkback on this new BBC One series and we think it will offer a fresh take on a well-loved area for Saturday tea time."

Everyone Loves Animals will be broadcast on Saturday evenings later this spring. 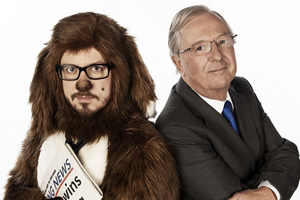