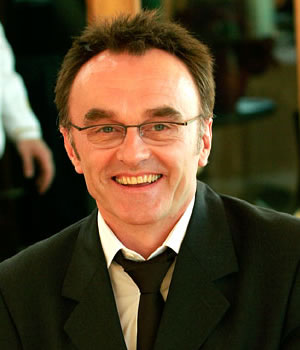 Network boss Jay Hunt announced the pilot at the Edinburgh Television Festival. If the episode proves to be a success when it is aired in 2014, a full series will then follow.

The new show, written by Peep Show and Fresh Meat creators Sam Bain and Jesse Armstrong is described as a "contemporary comedy drama".

Few details are currently known about Babylon, however it is understood the show is based around a police force. The programme, which has not yet been cast, will go into production next year.

Boyle's TV directing CV includes Inspector Morse, however - aside from masterminding the Isles of Wonder London Olympics ceremony - he is best known as a film director. His box office credits include Trainspotting, 127 Hours, Slumdog Millionaire and Sunshine.

Channel 4's Jay Hunt also revealed the TV network was now renewing its efforts to find "big entertainment and scripted comedy shows". She commented "We don't want our comedy to entertain people in the outer reaches of the schedule. We want big laugh out loud pieces that audiences will come to."

Bain and Armstrong are also working with Channel 4 on another series of Peep Show, and have recently scripted another run of Fresh Meat. Series 3 of the university-based comedy drama is expected to air this autumn. The plot will see the characters returning to Manchester for their second year at university. As previously reported it will also introduce new characters Candice and Javier.