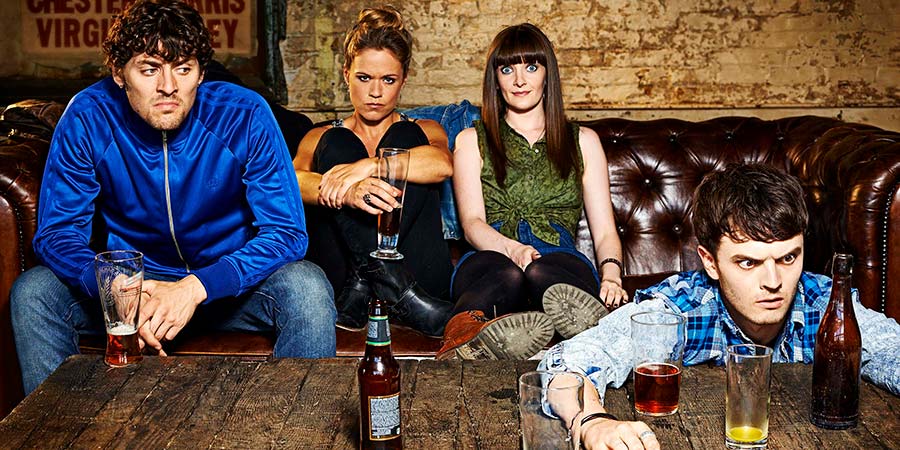 Sitcom about four hard-drinking, hard-living Irish 20-somethings residing in London who find themselves in all kinds of trouble

London Irish is about a hard-drinking, hard-living ex-pat community of Northern Irish 20-somethings in London and written by someone who knows all about that, Derry girl Lisa McGee.

For these four friends it's not easy navigating their way through London life, particularly when they're too drunk to know where they're going, or remember where they've been. If there had been a plan, it wouldn't have been this. They have shit jobs, no money, and are surrounded by English people. In fact there's only one thing worse than living in London with the English. And that's living in Ireland with the Irish. That doesn't even bear thinking about.

Join Conor, his older sister Bronagh, his best friend Packy (or Patrick to his mother), and Niamh as they leap between drinks and hangovers and begin to realise maybe they are getting too old for this. Maybe they all need to take a long hard look at themselves. And they will... definitely... probably... as soon as they shake this hangover.