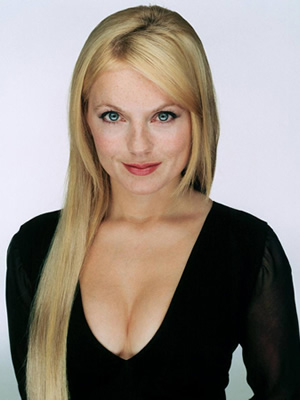 The singer, nicknamed 'Ginger Spice' during her years with the chart topping girl band, is developing a comedy called Geri: Life Sucks.

The project has come to light after the star uploaded a teaser video to her YouTube channel, but few other details are known about the show.

The video, which can be seen below, sees a half-dressed Halliwell discover that the man she has just slept with has been on a mission to bed all five Spice Girls, and she was his final target.

It is understood that the team behind the pilot are from Objective Productions. The company's other output includes Channel 4 shows Fresh Meat, Peep Show and Toast Of London and the forthcoming Comedy Central sitcom Big Bad World.

A spokesperson said: "We are currently developing an idea for a TV show with Geri Halliwell in which she laughs gamely at herself and her fame. The comedy will see Geri try to balance the everyday pressures of being a mother and an international pop sensation."

In real life, Halliwell, who has been a UN ambassador since 1999, has a 7 year-old daughter. She has recently been in Australia to act as a judge alongside Dawn French on the 7th series of Australia's Got Talent and has voiced a character in Disney cartoon series Henry Hugglemonster. She has also announced she plans to return to performing music this year.

Halliwell's previous comedy appearances include a cameo on Come Fly With Me and appearing as a guest on the panel shows The Marriage Ref and Celebrity Juice.

Below is the teaser clip for Geri: Life Sucks. It remains to be seen whether a series will be made or whether it'll just remain a pilot idea.