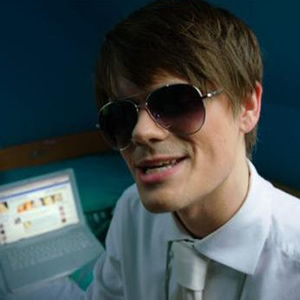 The comedy has been shortlisted in the 'Webseries' category at the Rocky Awards, the international TV competition held as part of the Banff World Media Festival.

The industry summit, which is held in the Canadian Rockies each year, has previously handed out awards to the likes of John Cleese and Ricky Gervais. Last year Horrible Histories was amongst its winners.

The show was one of a number of pilots made available on iPlayer in July 2012 under the Feed My Funny initiative. It received a TV broadcast on BBC Three in September.

The nomination may prove to be slightly embarrassing for BBC Three, as British Comedy Guide understands that the channel has declined to commission the programme.

Although not officially 'axed', we understand that no moves have been made to order a series, despite broadly positive reviews from both audience and press. The Guardian noted the show "largely skirts the right side of funny" and Time Out called the show "fast, fresh and funny".

From the Feed My Funny pilots, BBC Three has otherwise commissioned series of Impractical Jokers and People Just Do Nothing. The former has already aired and is now being repeated on Friday nights, whilst the latter is in production. 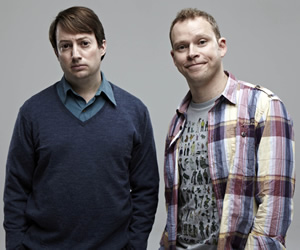 Dawson Bros. Funtime is up against US show Chosen, Canadian series Prison Dancer: The Interactive Web Musical and What Are The Sevens? in the 'Webseries' category.

Elsewhere in the Banff Rocky nominations, the interactive website for Channel 4 comedy drama Fresh Meat appears in the 'Cross-Platform Project' nominations, and Peep Show (pictured) is nominated alongside US series Community, Belgium's Quiz Me Quick and Canada's Seed in the sitcom category. However, no British output appears in the general comedy category this year.

The results will be announced at a ceremony during the festival, which takes place from the 9th to 12th June at the Fairmont Banff Springs Hotel in Canada.

Dawson Bros. Funtime is still available to watch online for free until October 2014 via the BBC website.

Below is a Sherlock spoof from the show:

Here is the show's song about Facebook stalking, which has so far been viewed more than a quarter of a million times on YouTube: