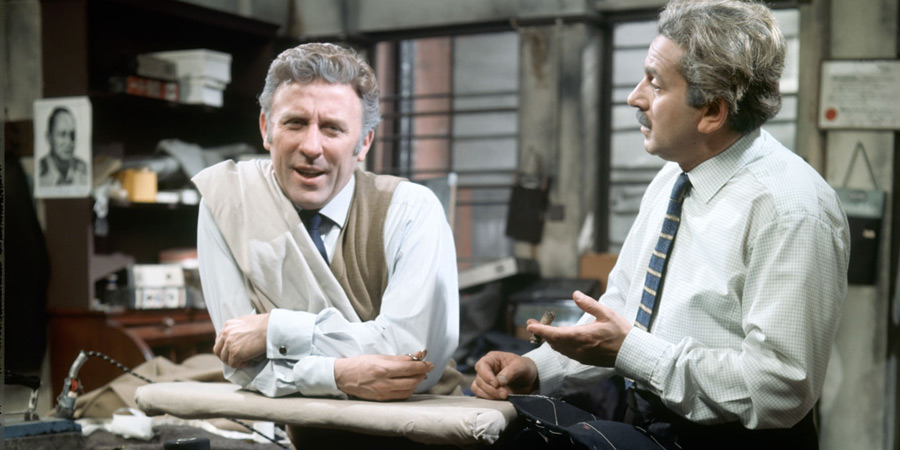 In the early 1950s, English Jew Manny Cohen - "the finest coat maker in the country" - set up shop in an East End back street, and employed staunch Irish Catholic Patrick Kelly - "trouser maker to the gentry" - to complement his work and produce suits.

Almost twenty years later, the two men thoroughly respect each other as tailors but are utterly incapable of understanding the other's religious and patriotic beliefs, and are constantly at each others' throats. Each considers the other a heathen, and neither Rabbi Levy nor Father Ryan can begin to bring them closer together. Nevertheless, there's an underlying love between the pair - if they can get over their bickering!