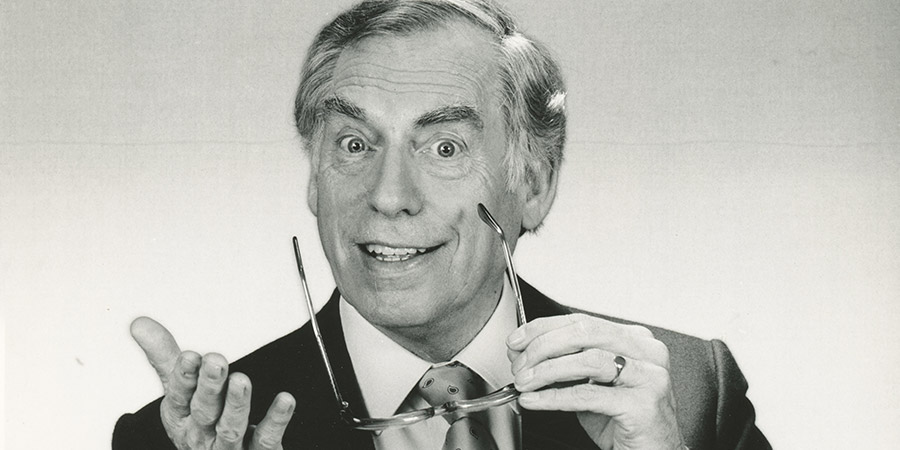 A documentary telling the life story of entertainer and host of The Generation Game, Larry Grayson.

The filmmakers have enjoyed unrestricted and unprecedented access to Larry's personal archive of correspondence, family photographs, personal scrapbooks and professional memorabilia - as well as Larry's never-published autobiography draft which has laid undiscovered in an archive vault for over two decades. All are brought to life as Larry's long journey to stardom is told, often in his own words.

Viewers will hear from the people who knew Larry best including, Isla St Clair, Larry's co-star on The Generation Game, and Janet Street Porter, who befriended Larry and persuaded him to allow her own documentary camera crew into his home. Also featured are Alan Boyd, producer of The Generation Game; Lionel Blair who worked with Larry on his very earliest forays into television; Michael Barrymore, who was Larry's warm up man on The Generation Game; Chris Tarrant, who knew Larry from the time when they both worked at ATV in the Midlands; Larry's great nephew Mike Malyon who grew up being entertained by his uncle's endlessly funny stories, and Lord Michael Grade who was Larry's first agent.

Larry became one of television's most popular entertainers in the 1970s and 80s, but his fame was achieved late in life. This film will take viewers right back to the beginning of Larry's story, as he grew up in a foster family in the 1930s. He was a born entertainer and for years performed in working men's clubs developing an act that didn't rely on jokes, but revolved around funny stories, catchphrases and imaginary characters.

At the age of fifty he was suddenly discovered and propelled to instant stardom by television. Within a year of his debut on an ITV Saturday night variety series he had been named Showbusiness Personality of the Year and was the subject of the Christmas edition of This Is Your Life. After thirty years in the wilderness, he was an overnight sensation.

In addition to his career journey from tiny venues to top of the bill at The London Palladium, the film looks at Larry's close and enduring friendship with Crossroads star Noele Gordon and his ill-fated move from his beloved hometown Nuneaton to Torquay.

Archive footage within the special includes Saturday Variety from 1972, the show that made Larry a big star almost instantly; Larry's shock at being the surprise subject of This Is Your Life; his highlights from four triumphant years hosting The Generation Game, including the never-before-seen pilot programme, and Larry's poignant 1994 final appearance on stage or television on The Royal Variety Performance.