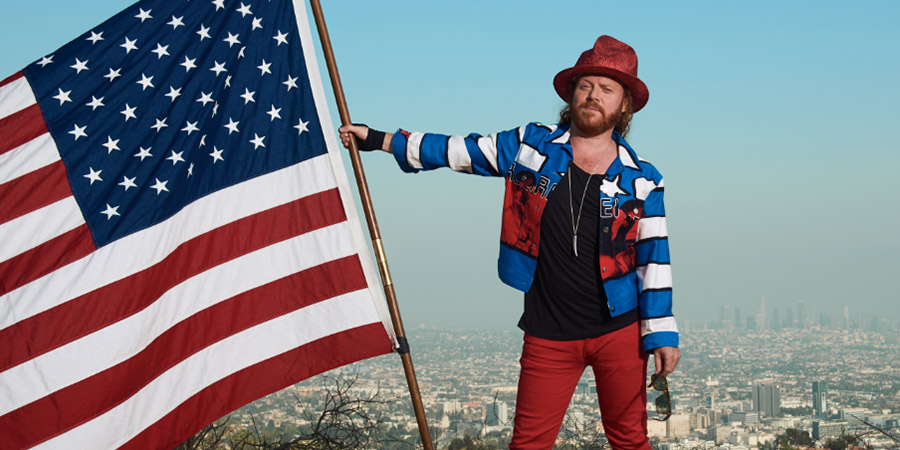 Mockumentary following Keith Lemon as he tries to crack America, interspersed with sketches

With a documentary film crew recording his every move, Keith Lemon: Coming In America charts Keith's journey as he attempts to realise his ultimate dream of hosting his own US chat show. After all, if James Corden can do it, why not Keith Lemon?

Taking some of his favourite sketch alter-egos along for the ride including The Urban Fox, The Big Fat Gypsy Kardashians and David Dickinson as well as introducing some brand new characters, Keith will do whatever it takes to become the next big thing in La-La Land.

He said: "I'm right excited t' be coming in America. Who knows what might 'appen. It's like they say, if you can make it there ya can make it anywhere! Actually that's New York, I'm going to L.A. Anyway I've got me factor 50, it's gonna be a lot of fun! Me chatting to some hopefully familiar faces (depending who I run into) and there'll also be a few familiar faces from me sketch show. I wonder if they've got urban fox'sss in California?"