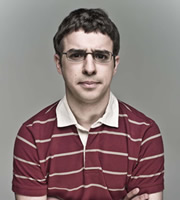 Will Mackenzie is on a bad run. His parents have divorced and to compound matters, his (totally hot) mum has moved him out of an independent school and into the local comprehensive.

Will's last school did a good job preparing him for the outside world - he's smart, confident, well read, quick-witted and outspoken. Unfortunately for Will this isn't the outside world, this is a comprehensive sixth form in the commuter belt and all these attributes make the other kids and teachers deeply suspicious of him. It seems that the harder Will tries to fit in, the more he stands out.

Ever the enthusiast, Will intends to make the best of a bad fist. His efforts are immediately scuppered by the head of sixth who makes him wear a bright green badge that proclaims Hi I'm Will. Stop me and say hello. This might just as well read 'please bully me'! Despite the twin handicaps of being the new kid and being a bit posh, through dogged determination (and a bit of stalking) Will eventually makes friends with Simon, Jay and Neil, who if anything are a little more tragic than him. They're hardly the sixth form glitterati.

Unfortunately, Will also makes enemies in Mr Gilbert, his psychotic head of year, and Mark Donovan, the sixth form nutter. 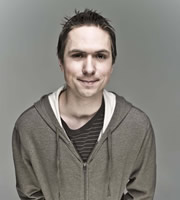 Simon is Will's closest friend at Rudge Park. Despite being coerced into looking after Will when he first arrived at school, Simon has warmed to him - mainly because he's the only kid in school who doesn't call him 'boner', a name he earned after developing an unwanted erection in the sixth form common room.

He sees Will as more on his level than his other mates. Someone he can talk to about more than just 'clunge', football and PlayStation, even though he does spend most of his time droning on about his love for Carli D'Amato. It's an unrequited love, obviously, but who knows, if Simon wasn't such a loser around Carli maybe something could happen. However that's about as big an "if" as you're ever likely to find! 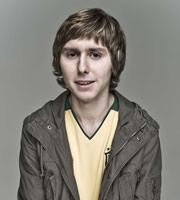 Everyone has had a mate like cheeky Jay Cartwright. The sort of friend that in later life you look back on and think 'why did I hang around with him?'.

A potty-mouthed, verbal bully, Jay is constantly lying about his sexual conquests and daring feats. Even though there's a disturbing lack of evidence to back up his astounding claims, Simon and Neil rarely pick Jay up on these fantasies. Neil's a bit dim, and Simon's long given up arguing - anyway, they secretly they want them to be true. Surely if Jay is getting some, they're about to get some too?

Will has no such hesitation in pulling Jay's claims to pieces though, and the two quickly become verbal sparring partners. 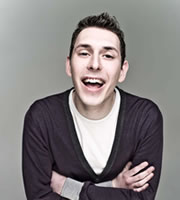 Neil Sutherland is a boy for whom the phrase 'in a world of his own' was invented. Neil is always 20 seconds behind everything and everyone, but occasionally he does say something almost profound.

Much to Neil's horror, his unconventional dad - a single, middle-aged man struggling to raise a family after his wife walked out on them - is the butt of everyones jokes. Aspersions are often cast on his father's sexuality. Just because he "wears tight shorts" and "plays badminton on a Tuesday" doesn't mean he's a bender.

Very occasionally, and much to the chagrin of the rest of the gang, Neil's uncomplicated persona and slick dance moves see him triumph with the opposite sex. 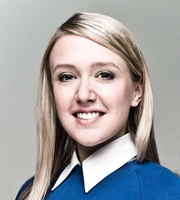 Carli is the girl that makes Simon's heart race. Her family and Simon's family have been friends for years, but lately Simon (and every adolescent male at the school) has started to notice that little Carli has grown up. She is incredibly hot!

Unfortunately for Simon, Carli is more sophisticated than the hapless boys. Even if she would consider dating someone her own age, Simon hardly fits the bill of her perfect man - she's after someone tall, athletic, handsome, and preferably with a car that's not tiny and bright yellow. 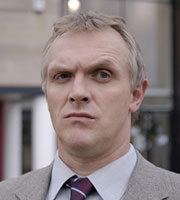 Mr Gilbert is the psychotic head of sixth form at Rudge Park. He's one of those teachers who's just a bit fed up with what for him has been a fairly thankless career. To say he doesn't suffer fools would be an understatement; he doesn't suffer anyone, and he gives Will a particularly tough ride for no other reason than he can.

Gruff Mr Gilbert always seems to manage to spot when the lads are up to no good. It seems Will and the other lads can never be in the right as far as Mr Gilbert is concerned. For example, when Donovan makes Will sit in a chair with a bucket on his head, rather than telling off Donovan, Gilbert tells Will off for being a grass. 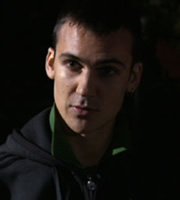 Donovan is the resident school psycho. He bullies his way through the new and the weak kids and is the on-off boyfriend of the most popular girl at school, Charlotte Hinchcliffe. Charlotte is inconceivably attracted to Will, a bittersweet triumph that puts him on a collision course with Donovan. 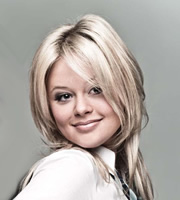 Sexy Charlotte is the girl Will somehow managed to sleep with in the first series. He is still pursuing her in the hope of getting a second date.

Charlotte is now at university but she still pops back to the 6th form from time-to-time. And it seems that, maybe, she might just be a little bit keen on Will after all... 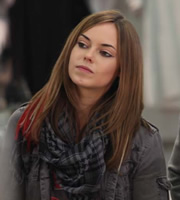 Sexy, funny, good looking and playful - Tara is way too cool to be hanging around with Will, Simon, Jay and Neil. However, for a brief while she finds herself in their company because, inexplicably, Simon somehow manages to make her his girlfriend.

Thanks to some poor sexual advice, it isn't long before the romance is over though and Simon is dumped by text message.