Further adventures of Hugh and Terry.

Hugh & I (titled Hugh And I Spy in this, its final series), the 1960s BBC comedy about a pair of friends, is one of the sitcoms of the era that has sadly had many of its episodes wiped due to the common practice at the time of re-using tape.

A DVD was released in 2015 featuring 20 of the surviving 24 episodes, but the other 55 episodes - including this one - are unlikely to ever be seen again.

However, here we present a previously unpublished still from the programme sent to us by Michael Jaffé, the grandson of actor Carl Jaffé (1902-74). German-Jewish escapee Jaffé (far left) appears to be dressed as a Nazi or Stasi officer. 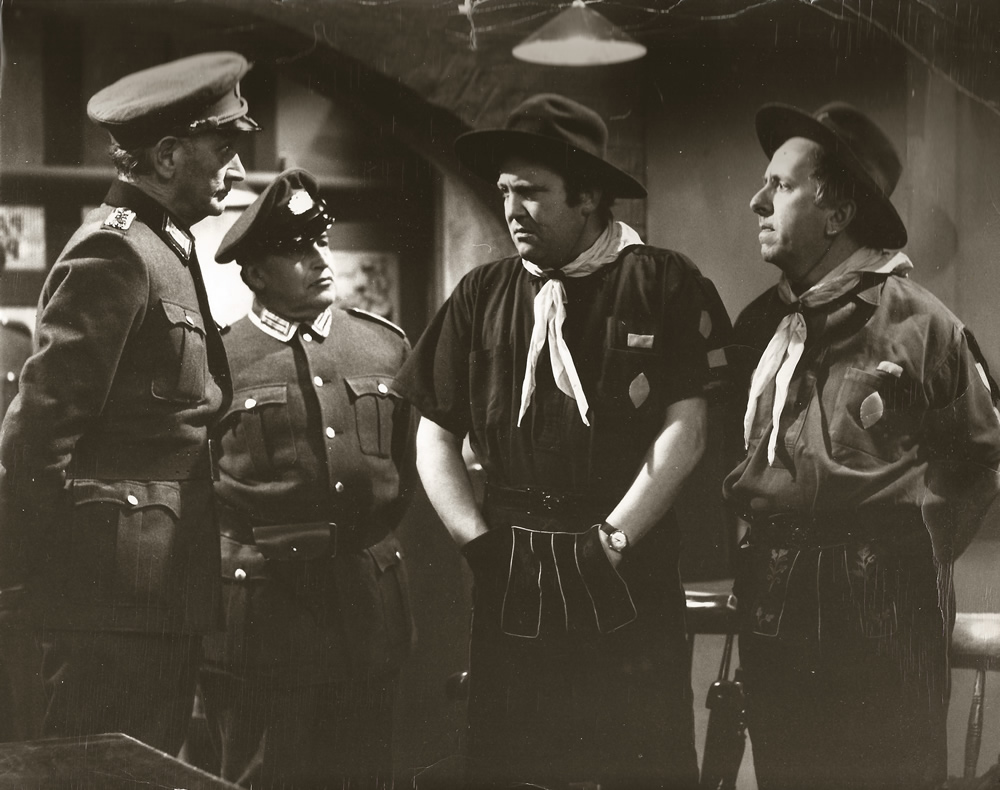 Jaffé also featured in two other BBC TV comedies in 1968. Dad's Army episode Enemy Within The Gates (in which he would reprise his role in the later 1974 BBC Radio adaptation, prior to his death in April of that year), and Oh Brother!.

This episode no longer exists in the archives. It is missing, believed wiped.