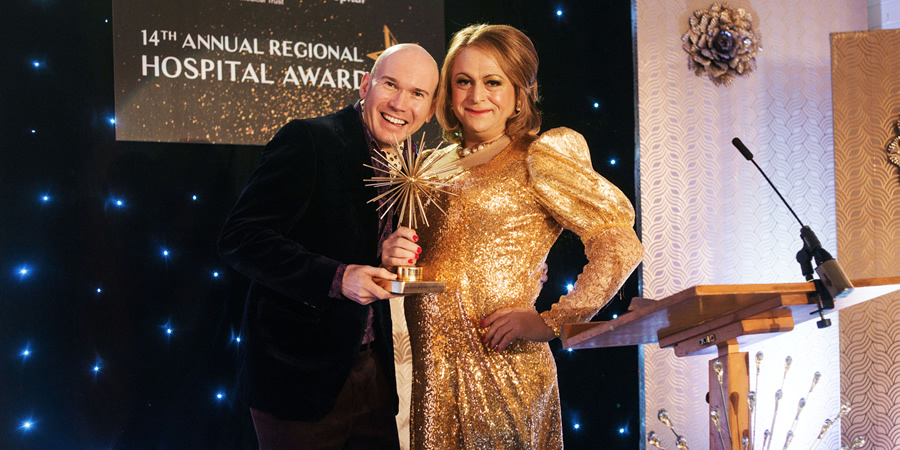 It's the moment that hospital manager Susan Mitchell has been waiting for: she has won the bid for Brimlington to host the Annual Regional Hospital Awards! Not only that but she has bagged a star host for the evening: Jeremy Lace (Alex Macqueen), a veteran of long-running fictional hospital drama Good Medicine.