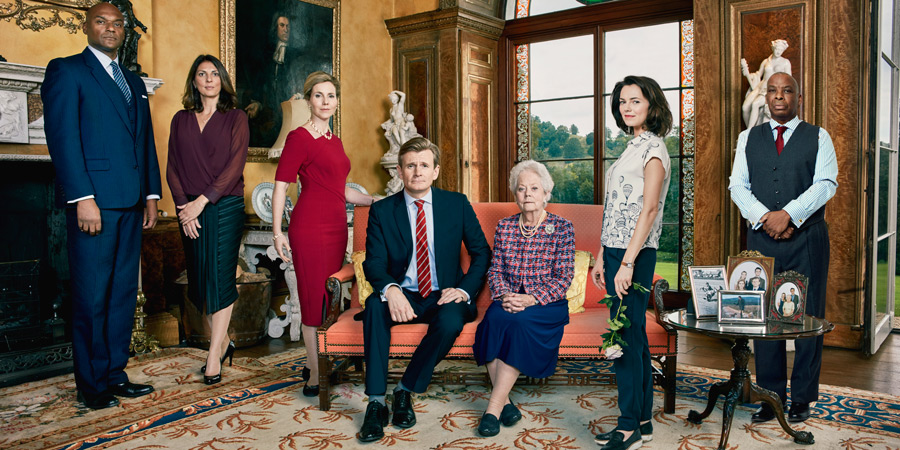 A single camera series on a grand scale set in the fictitious, contemporary court of Henry IX, King of the United Kingdom.

This is the almost universal story of a forty-something man going through a mid-life crisis... except this one just happens to be the reigning monarch, King of Great Britain and the Commonwealth.

This three part sitcom has been penned by the legendary, multi award-winning comedy writing team behind Porridge, The Likely Lads and Auf Wiedersehen Pet, Dick Clement and Ian La Frenais.

The series sees Henry struggle to make changes to his life in the face of centuries of tradition and a Royal household who are fairly sure they have his - and if not, certainly their own - best interests at heart.

Having experienced a profound crisis of confidence brought on via a meeting with some young rap artists, Henry decides that he and the country at large will be best served if he abdicates in favour of his 23-year-old son Alastair - a person better equipped to 'connect' with this younger generation. These plans are hampered in turn by aloof wife Queen Katerina, dotty mother Queen Charlotte, loyal but ultra-royalist valet Gilbert and harried equerry Major Francis Hornsby-Bray.

Things are further complicated by Henry's burgeoning relationship with Palace florist Serena and the fact that Alastair happens to be gay - and prior to any accession to the throne would ideally like to marry his Australian lover Quinton in Westminster Abbey.