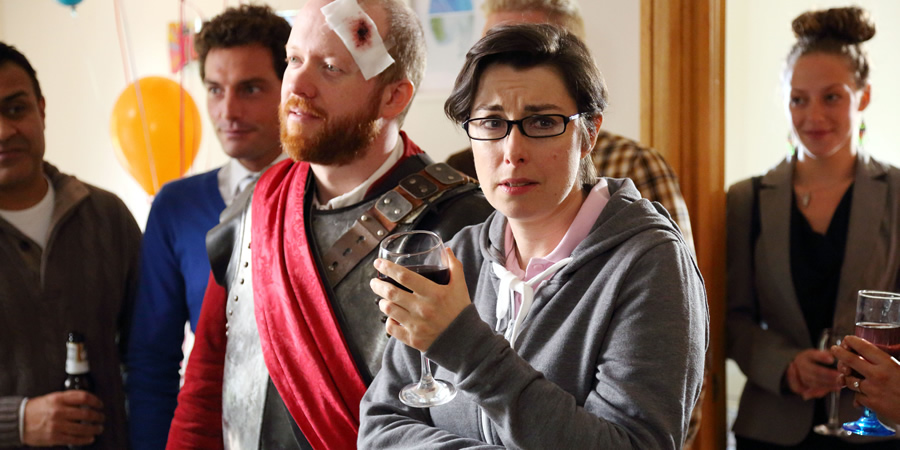 About to reach the milestone age of 40, Sara's life is not how she imagined it would be.
Preview clip

About to reach the milestone age of 40, Sara's life is not how she imagined it would be. Whether it's making urgent funeral arrangements for a client's dead cat, lying about her personal life to placate her anxious mother or getting into trouble with a netball referee, Sara's life is reaching tipping point and something's got to give.

Aware that she is in dire need of sorting herself out, her eccentric group of friends, including the ever-positive Justine, re-enactment fan Daniel and super-clean Jamie (Dominic Coleman) arrange a surprise birthday party intended to turn her life around.

Things are starting to look up when Sara meets the stunning Eve, inviting her to Sara's own 'surprise' party.

However, much to Sara's dismay, her so-called friends have bought her the unique gift of life coaching sessions with larger than life expert, Toria who gives her a dramatic ultimatum that may make Eve run a mile.