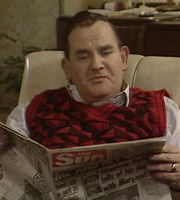 The Fletcher we see in Going Straight is an older and more contemplative man than the one we left at the end of the last series of Porridge.

As he says himself in the first episode, he's now 45 and has spent an average of 7 days out of every 30 in some nick or another and feels he's getting too old for all that now. He's a naturally dry witted and practical man with a good heart but with a 'them and us' complex deeply ingrained by the years of crime and prison.

Fletcher can't resist helping someone in need, be they a teenage runaway, his old cellmate, or even his old nemesis Senior Prison Officer Mackay. But despite his best intentions one can't help feeling that nothing will ever be straightforward for poor Fletch. 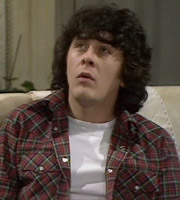 Lennie has done his time and now, engaged to Ingrid and working as a lorry driver, he's making a real go of life on the straight and narrow.

He's a pleasant and caring young man who will never forget the debt of gratitude he owes Fletch for getting him through his time in jail. He has come to view Fletcher as a sort of father figure and he's determined to show the loyalty that the position deserves. 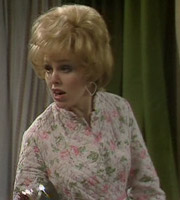 Ingrid is a worrier and an organiser but at heart is an optimist who likes to see the best in people.

She is deeply principled and strongly disapproves of the way her dad and fiancé used to make their livings, which makes her determined to see Fletcher making a go of things on the outside.

Before Ingrid marries Lennie she wants to see her dad settled and happy and will interfere and organise anything she can to make that happen. 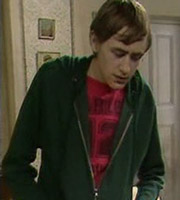 Raymond is a slightly sketchy character who makes only fleeting appearances, usually to make a sarcastic remark and to ask the time and where something is. He appears obsessed by the time and where the variety of things he has lost may be, and seems to constantly be running late.

Ingrid sums him up best when she tells Fletcher that Raymond's school report described him as 'bright but surly'. He seems uninterested in the family life and it is apparent that he has not spent much time with his father while growing up.