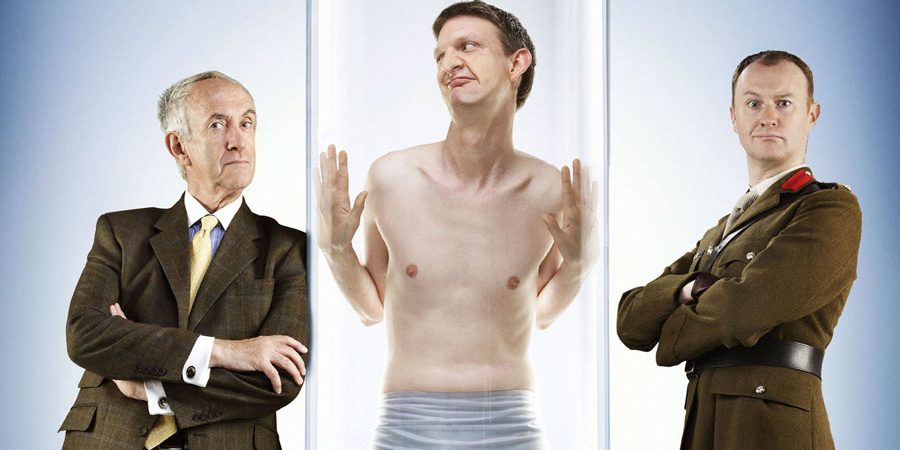 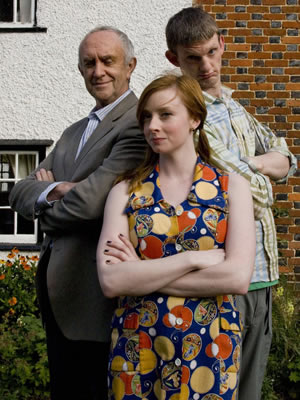 To a massed audience of military and secret service hierarchy in a bunker buried deep below a Tesco Metro, brilliant scientist Dr Victor Blenkinsop (Jonathan Pryce) unveils the result of his life's work: the first human clone (Stuart McLoughlin).

Intended to be a prototype super soldier who will eventually replace Britain's volunteer army, Victor discovers - to both his horror and distaste - that his new super weapon is not quite the awe-inspiring creation he expected. In fact, the clone is more likely to hug someone than shoot them.

This modern-day Dr Frankenstein and his monster go on the run hoping to find the neurological trigger that will fix the clone and unlock his superhuman abilities. Unfortunately, they must also avoid Colonel Black (Mark Gatiss) and his crack team of security agents - whose mission is to find them and kill them.

Clone is the brainchild of Adam Chase (executive producer of the hit American sitcom Friends) and was the first BBC commission for Ash Atalla's (The Office, The IT Crowd) new production company Roughcut TV.

This sci-fi comedy series is the first team-written comedy for BBC Three, following in the footsteps of American sitcoms like Chase's Friends, and Fred Barron's BBC1 British sitcoms My Family and After You've Gone.

Ash, who met Adam when they were both on the judging panel for BBC Three's The Last Laugh says: Clone differs from most UK comedies in that it has both a traditional sitcom element as well as a sci-fi angle. It's been good to work in a different way, using the American writers room system - and with someone of Adam's calibre. He tells me he has previously worked on a show called Friends, but I'm afraid I've never heard of it. 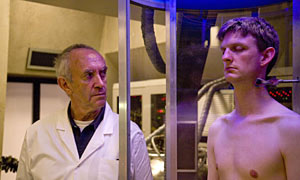 Adam Chase adds: I've been a fan of British comedy ever since I was a kid and stumbled upon an episode of Blackadder, in which all the characters died at the end. I wrote Clone for British TV because audiences here are very comfortable with shows that straddle multiple genres. In this case, comedy and science fiction.

The series was filmed using many green screen CGI elements. However, based on the reports on our message board, this has proved to be troubling for the studio audience because the time involved in setting up each shot made for a very-long day. In fact, many of the audience left - this resulted in Roughcut TV having to setup two screenings in advance of the broadcast to capture a laugh track they could use.