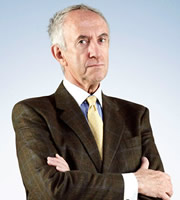 A modern Dr Frankenstein and the creator of the first human clone, Dr Victor Blenkinsop is a man who has mortgaged his entire life in the pursuit of a single goal: to take his place amongst the great names of science.

Divorced three times, Victor is willing to sacrifice anything and everything to achieve the glory he hungers for - something he can only achieve by fixing the clone and making him into the super soldier he was designed to be.

At first Victor seems cold and heartless, however as he spends more time with Clone and gets to know Rose, we start to see his caring side.

AKA: Albert the Clone.  Played by: Stuart McLoughlin 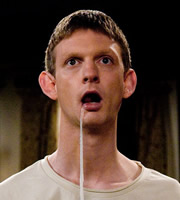 Clone, aka Albert, is the first human clone and appears to be approximately 25-years-old. Intended to be a prototype super weapon, the clone emerges from his birthing tube more likely to hug someone then shoot them.

The clone is an innocent to whom everything is new - from chocolate, to laughing, to dancing. He is fascinated by everything about our world. For example, Clone becomes addicted to buying things after watching some adverts on TV.

Clone is often an embarrassment and liability to Victor because he doesn't understand manners or our social codes - for example Clone hugs random strangers and once took his clothes off when he was in the pub. 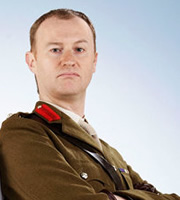 The head of MI7, Britain's most Secret of Services, Colonel Black is a blood thirsty nemesis who will stop at nothing to locate and kill Victor and the clone.

Excelsior Black is a man with almost limitless power and absolutely no conscience. He's already killed a number of people in his search to destroy the clone - even his employees are not safe from his murdering ways.

Black is getting more and more desperate as, if he doesn't find Clone soon, his job will be on the line. 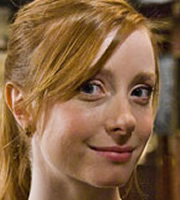 Rose is the owner and bartender of The Peanut, a small pub in an even smaller village called Bletherford. Rose is a beautiful but shy young woman of 26 who has several extraordinary abilities: a photographic memory and savant level math skills.

Upon meeting her, Victor realises Rose could be the key to unlocking the clone's dormant memories and abilities. Unfortunately Rose thinks Victor fancies her... but he just wants a bit of her brain. 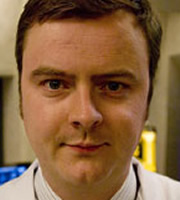 Geeky Ian is in awe of his boss and is more than willing to do anything it takes to help him - including being used as a human guinea pig and being beaten by members of the Secret Intelligence Services.

Colonel Black sees Ian as the weak link and looks to get to Victor by exploiting the sometimes naive lab assistant. Black plants a camera in Ian's eye in an attempt to catch him talking to Victor.

Poor Ian has no social life. He fancies Jasmine, a shop assistant, however has yet to manage to successfully ask her out.