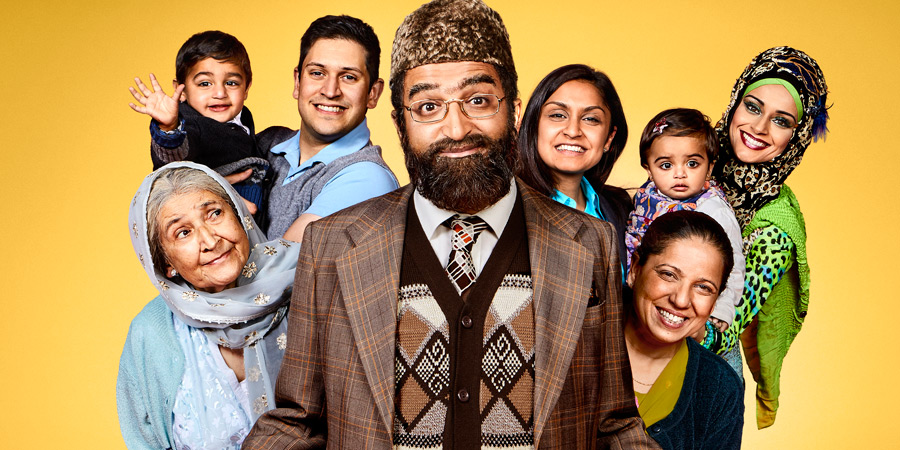 Meet Mr Khan - self-appointed community leader, future President of the Sparkhill Pakistani Business Association and esteemed expert on everything you never wanted to know about cricket.

This is a man who drinks his tea from a saucer and buys job lots of bog roll from the cash and carry. A man with big dreams and strident opinions: "My fellow business leaders, ask not what your Association can do for you... but what have you done for me lately?"

Like many of us, Mr Khan is struggling to make ends meet - but he's proud of his thriftiness - witness his 1979 suit and ancient yellow Mercedes.

Things would be so much easier if everyone just listened to him and followed his lead, but his obsessively house-proud wife and two feisty daughters have other ideas.

Series 5: This series sees Mr Khan having to bare all after forgetting his wedding anniversary, which includes a chance meeting with Sadiq Khan, the Mayor of London. After hearing that Alia's boyfriend's father (Harry Enfield) disapproves of their relationship, he storms off to the country club to give him a piece of his mind, in the sauna. When news breaks that his grandson, Little Mo, is being bullied at nursery, Mr Khan and Amjad recreate a Peaky Blinders tribute on the streets of Birmingham as they are forced to face the bullying family.

As well as a family funeral which almost turns into several funerals, there is a memorable trip to Alia's University with flashbacks to Alia's early life including the day she was born (when Mr. Khan had more hair on his head than on his face) and we'll experience a Muslim fun day at the Mosque with special guest Baroness Warsi. The series culminates in a very special festive Christmas episode, A Khanderful Life. A Khan Christmas hat tip to the Frank Capra film classic as the Khans go back in time to when Mr and Mrs Khan first moved into their home in Sparkhill, guest starring Lynda Baron.