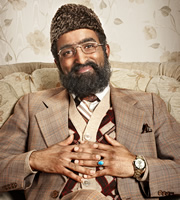 Originally from Pakistan, Khan is also very proud of being British. His most prized possessions are his yellow Mercedes and his Italian/Chinese-designed checked suit, which he has kept carefully ever since originally purchasing it in 1981. 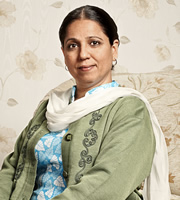 Mrs Khan is the one who wears the trousers in the Khan household. Her dream is for her family to be respected, her husband to be successful, and her house to be spotlessly clean. One out of three will have to do... 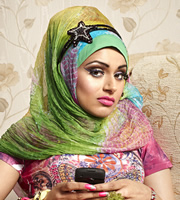 Youngest daughter Alia wears a hijab but also tight jeans and tops and more make up than a cosmetics counter.

Believing her to be dedicated to her religion and studies, she's the apple of her Dad's eye - little does he know what she really gets up to! 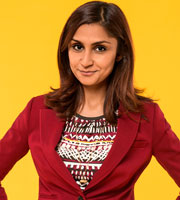 Eldest daughter Shazia is in her early 20s. She's fiery and independent and totally besotted with husband Amjad.

Having somehow got her cheapskate Dad to pay for her dream wedding, Shazia's main concern is now little baby Mo. 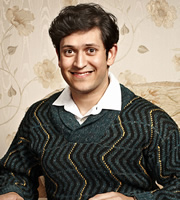 Amjad is Shazia's husband. He's young, innocent and not the sharpest tool in the box. Shazia is the first girl he has really spoken to and it shows.

Mr. Khan is reluctantly accepting of his daughter's love for Amjad, but it doesn't mean he finds him any less of an idiot!

Perhaps more scarily, Amjad's just been accepted on a training course to become a Police Community Support Officer - or "hobby bobby", as Mr Khan dubs them. 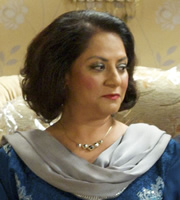 Snobby Mrs. Malik is Amjad's mother. Her husband is rich and always away on business.

When she visits the Khan house, Mrs. Khan is always anxious to please her. 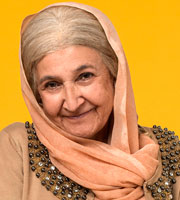 Naani is Mrs. Khan's mother, and a frequent thorn in Mr. Khan's side!

Having originally briefly visited the family from her home in Pakistan, Naani's now a permanent fixture in the house. 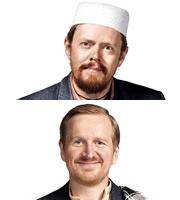 In Series 1, Dave is a white Muslim convert and Mosque Manager at the local Sparkhill Jamiya Mosque. He's very excited about being part of the Muslim community. He probably knows more about Islam than Mr Khan, although Mr Khan will never admit it.

Series 2 sees a new white, ginger Muslim convert take over as mosque manager... who is also called Dave. To say Mr Khan is alarmed by his appointment would be an understatement. 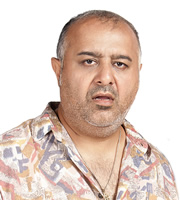 Riaz is one of the regulars at the Sparkhill Jamiya Mosque, and a regular pawn in Mr. Khan's plans. 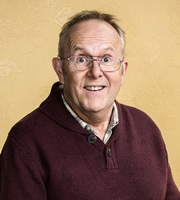 Keith is the cheerful next door neighbour.

His good nature is regularly exploited by Mr Khan, to the extent Keith finds himself doing things like acting as a butler for Mr Khan. He doesn't seem to mind though, and is keen to understand more about the family's religion. 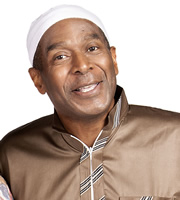 The always cheerful Omar was a regular at the Sparkhill Jamiya Mosque in the first two series.