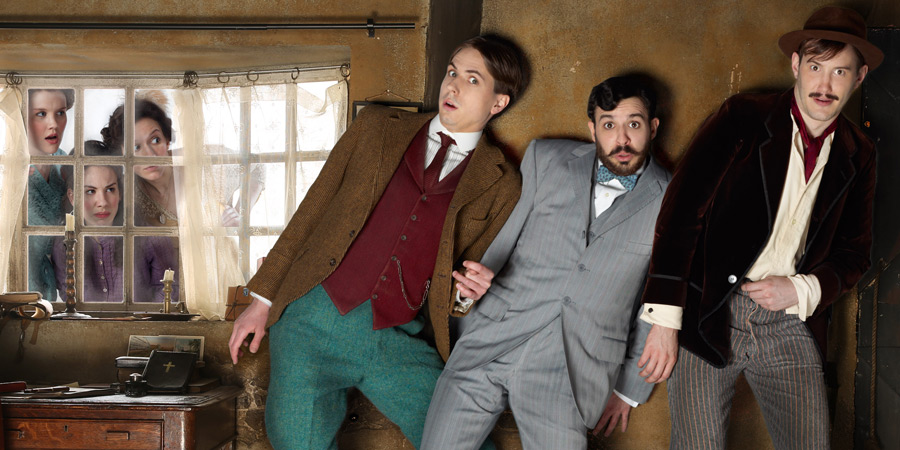 Sitcom set in a sleepy English village during the first world war. It follows three young men who are not on the front line fighting

Chickens is a comedy about three young men who avoid combat in the First World War: George is a conscientious objector, Cecil would love to be fighting for queen and country but his flat feet mean the army won't have him - and then there's Bert, a philandering scaredicat on the run.

In the eyes of their neighbours they're all the same: Chickens. So in a world of (quite sexy) women, children and the infirm these twenty-something chaps have only each other for company - and nothing else in common.

The women of the village are bound to treat them with the contempt they deserve - any man worth their salt should be doing their duty for the war effort abroad. But with pretty much every other man away, can George, Cecil and Bert claw themselves back into the good books of the ladies on the home front?

Chickens is a sitcom about three young guys in a woman's world, trying to prove their manhood. Every day they live in fear of being labelled as cowards - an argument they've already lost in the mere act of still being in England.

This started out as a Channel 4 Comedy Showcase pilot but switched to Sky for the series.