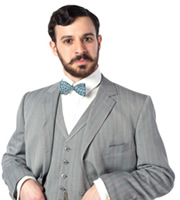 Cecil has flat feet and, despite his best efforts, isn't allowed into the army.

He comes from a family with a very proud military tradition - his younger brother being particularly gallant and highly decorated. Cecil desperately and sincerely wanted to go to war. He's a patriot and would have made a brave soldier. His greatest fear is that people don't believe there's really anything wrong with him - that they assume he's just making it up. Wherever he goes he's ribbed about made-up illnesses like hair-ache and in-growing teeth. He's very defensive and paranoid about what people are saying about him, and tries to bury his paranoia in war-related work. 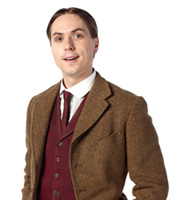 George is a Quaker, which is a type of Christian. Which is a type of person. An interesting feature of their faith is that they are pacifists, and as such during the First World War many of them refused to fight on grounds of conscience, including our hero.

George is genuinely courageous but almost everybody in the village thinks he's a coward. Which makes what he's doing all the more courageous of course. He's a very sympathetic character for the audience. But not so much for most of the people in the village, or the children in his class. That's right - he's a teacher. 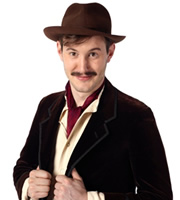 Bert should be in the army, and doesn't have a legitimate reason not to be. He's an outstanding liar and an unscrupulous spiv, with absolutely no guilt about being on the wrong side of the law or public opinion.

He follows Cecil and George around looking for opportunities to have sex, and wears Cecil's father's medals, implying they're his. He is an amoral coward totally at ease with his cowardice and his desire for pleasure. Proof, though no proof is needed in the eyes of the world, that all conscientious objectors are worthless, selfish liars. 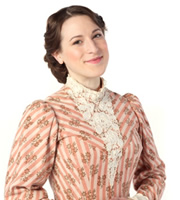 Winky is George's fiancée to be.

She works at the school with her husband-to-be but is too embarrassed to actually be seen with him. However, she is too in love to break up with him. 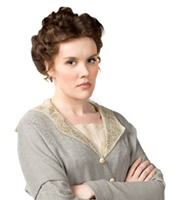 Queen bee of the village, Agnes leads the gang of girls.

Agnes also happens to be Cecil's sister, but that doesn't mean she's going to cut him any slack. Far from it! 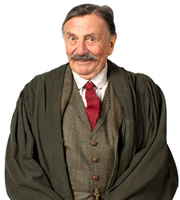 Mr Armstrong is the headteacher at the local school.

He is the only other man left in the village, on account of now being too old to fight.

He hates everything the boys stand for, but is desperate for some male company. It's a no-win situation for him.