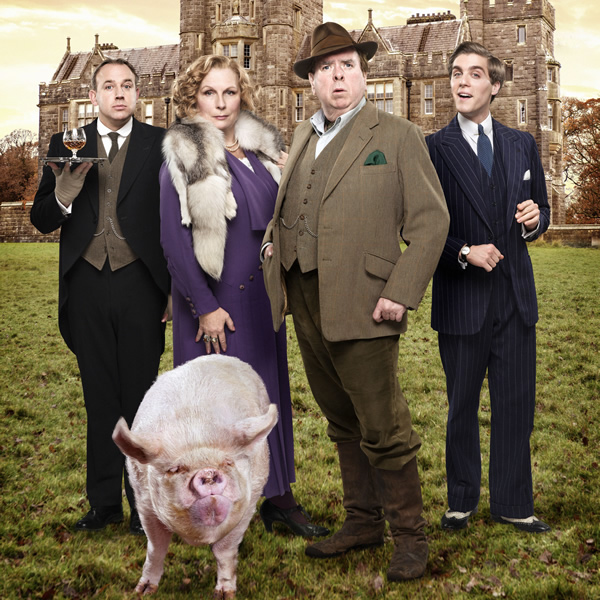 The new series is still set in 1929 in the fictional Blandings Castle, home to the chaotic family struggling to keep itself in order. This time around Clarence, who wants nothing more than to spend time with his precious pig, faces the prospect of being committed to an asylum thanks to an obnoxious house guest. In other episodes Clarence and Connie's censorious elder sister Charlotte comes to stay, Clarence grows a preposterous beard, Colonel Fanshawe calls to sound out Clarence as his successor as Lord Lieutenant of Shropshire, and Connie plans to marry Freddie off to Sir Gregory Parsloe-Parsloe's unusual niece. 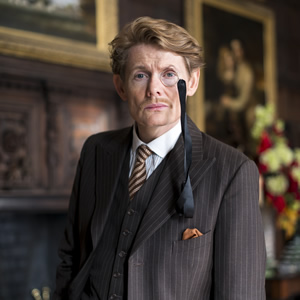 Writer Guy Andrews says: "As ever, all Clarence wants is to be left in peace with his beloved pig. But events conspire against him as never before. His incorrigibly rakish brother Galahad is on the prowl with a glittering monocle and a case full of shocking memoirs. Other guests and impostors include a voracious Hollywood producer, a dancing saxophonist secretary, Clarence's frankly terrifying sister Charlotte and - worst of all - the poker-wielding Duke of Dunstable, the rudest man in Shropshire. Will tranquillity ever reign at Blandings Castle, even for an afternoon?"

Executive Producer Damien Timmer says: "Blandings was one of the top-rated new comedies of last year and we're thrilled with this second series - it's bigger, better and funnier than before, with Timothy Spall, Jennifer Saunders and Jack Farthing back on sparkling form, and Tim Vine fitting in perfectly as the long suffering Beach. We also have some of the best of British comedy talent making guest appearances as some well-loved Wodehouse characters."

Later in February, BCG will be publishing an exclusive interview in which Tim Vine talks about joining the show.