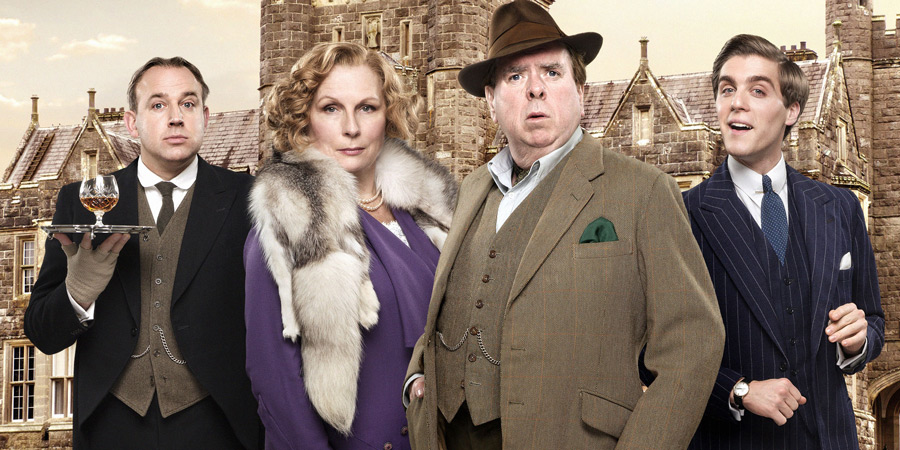 Comedy drama set in 1929, based on the Blandings comedy stories of P.G. Wodehouse.

Blandings Castle is dysfunction junction, the home of a chaotic family struggling to keep itself in order. Clarence Emsworth, ninth earl and master of Blandings Castle, yearns with all his soul to be left in peace; preferably in the company of his beloved pig, The Empress. But he never is; there is always someone who wants him to do something.

Presiding over the blitzkrieg on his equilibrium is the baleful figure of his sister Connie, with whom he shares the house; at her shoulder is Clarence's brainless younger son Freddie and a panoply of friends, enemies, servants, spongers, private detectives, bookies and confidence tricksters.

Series 2: Clarence, who wants nothing more than to spend time with his precious pig The Empress of Blandings, faces the prospect of being committed to an asylum thanks to an obnoxious house guest; disgrace at the hands of his incorrigible brother Galahad; a leather-gusseted religious maniac and visiting Hollywood film crew; his terrifying sister Charlotte and subterfuge, kidnap and rivalry with Stinker Parsloe in the race for the biggest pumpkin and fattest pig.