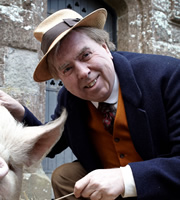 Clarence yearns with all his soul to be left in peace. And yet he never can be. If he manages to settle for a moment, his tranquillity is snatched from him immediately by an onslaught of other characters: love-struck nephews; domineering secretaries; miscreant children; grasping villagers; people who require him to go to London; people who insist that he must wear a tie and a hat; cheats, cads, crashers, intellectuals and downright bad eggs. Worst of all is his sister, Connie, of whom he lives in mortal fear! 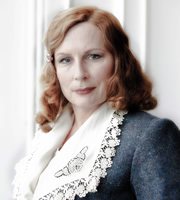 Connie is Clarence's widowed younger sister. It is her edicts, her strictures, her laying down the law about what may or may not happen in the family that does most to bring disorder and misery to Clarence's life, as she is always on the premises. 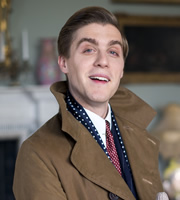 Freddie is Clarence's second son, and is generally considered impossible. He's in his twenties, sublimely elegant, incorrigibly charming, and pretty unfurnished with a brain. The wheel spins, but the hamster has passed out with a dry martini in its wilting paw.

If he's incarcerated at Blandings he causes trouble; if he's dismissed to London he helps himself to a large night at the Pink Pussy, gets arrested, has to be extricated and hauled back to Blandings... where the trouble starts all over again. 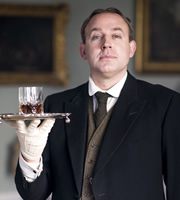 Beach the butler is magnificent in physical and moral stature. He never allows his prodigious appetites for cake, wine, betting on horses or his fascination for the professional careers of showgirls to compromise his supreme, butlery bearing.

Even when required to perform outrageous acts of sabotage, skulduggery and theft, he acquits himself with dignity and - generally speaking - an admirable propensity not to get caught.