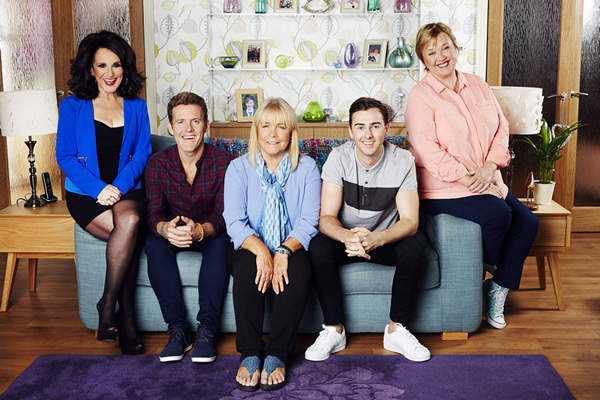 Series 12 of Birds Of A Feather is here. Are you pleased to be back?

Pauline: I'm absolutely thrilled to be back, we have such a good time when the three of us all get together. Our director, Martin Dennis, is a saint as he has to try and get a word in edgeways with us. We have a ball filming together.

Linda: I'm absolutely delighted to be back working with everyone. I really do look forward to seeing them. We've also had lots going on off screen for us this year, Charlie has just celebrated his 21st birthday, Miss Joseph is coming up to a big birthday and I've just had my 25th wedding anniversary. 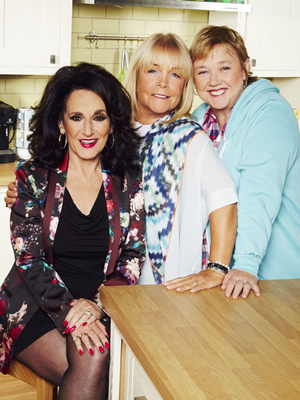 Lesley: We have an absolute ball shooting this show, I don't know how we get away with it - it doesn't feel like work, we all get on so well. A big thank you to ITV also, they've really looked after us since we returned to the screen. Everyday is a plus in the world of Birds Of A Feather. Who'd have thought after all these years the birds would still be flying the nest!

Charlie: I'm really excited to be back - all the cast and crew are like one big family. I'm not sure how we get any work done as we're always laughing.

Samuel: I'm absolutely over the moon, it's nice to have one series under my belt now. It's like coming back home - it's such a lovely group of people to be working with. I feel very privileged to be part of the show. Pauline has really looked after me; I've stayed over at her house couple of times during filming.

What can you tell us about the new series?

Pauline: Well poor Darryl [Tracey's ex-husband] passes away in the first episode - he has a big Essex send-off that we filmed on location in a beautiful village church, it's a very very funny episode.

Martin Kemp comes into the show during the funeral episode - he has some great unforgettable scenes. The first two episodes are connected and we end the first episode on a cliff-hanger.

Linda: We have a great first episode for the viewers, one of the best. Darryl dies committing a crime so we have this big funeral for him. I think it's Lesley's favourite episode as she gets to go off on a joy ride with Martin Kemp!

Lesley: Viewers can look forward to some cracking episodes this series. In a nutshell, three old birds making people laugh with some good fantastic storylines. The first episode of the new series is one of the best we've ever done - it's very filmic, has some great guest artists and a wonderful storyline. It really is one of the funniest episodes we've ever done and to say that after 100 odd episodes is a real achievement.

Charlie: Travis ends up in a relationship with a member of Dorien's family which ends in heartbreak. He finally gets a proper love interest and falls in love and we see how the family deal with that. 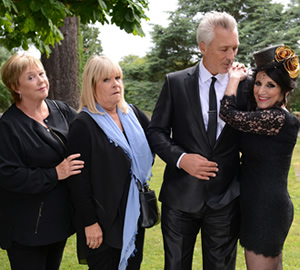 Lesley, how was working with Martin Kemp?

Martin really is the nation's heart-throb. When he appeared, the whole of the female audience swooned!

Any other guest stars this series?

Charlie: We're really lucky as we have many returning guest actors to the series this year. Jamie Foreman, Mark Powley and Kate Williams all return, and Lucy Dixon plays my love interest.

Are you surprised at how popular the show still is?

Pauline: Without sounding too sure of ourselves, we discovered the show was still popular when we did the tour. There was a lot of love for the series in every town we visited. The audience remember the show fondly from years ago and now have children of their own who they watch it with. The show has a great family feel to it, people of all ages can watch it together. Everyone has fond memories of this show.

Linda: The show has always been popular because we are true to our characters and always have been. I think the chemistry between the three of us shines through on screen.

Lesley: It doesn't surprise me, as the show has always been popular since the very first episode in 1989. It's all down to that unique combination on screen of Sharon, Tracey and Dorien and the connection between Pauline, Linda and myself - the chemistry shines through on screen. The viewers really do like these characters.

Charlie: I'm not really surprised, because if the show wasn't popular we wouldn't be here! A huge thank you to the viewers for still loving the show.

Some of you recently met the Duchess of Cornwall as part of ITV's 60th celebrations - how was that? 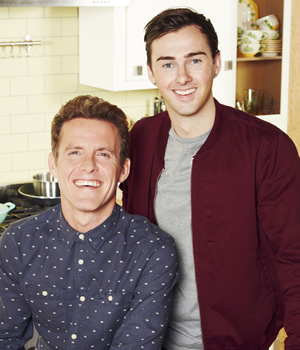 Lesley: It was so lovely, she really likes Birds Of A Feather and knew previous storylines. It was enchanting and a real boost for us. It's lovely to know you're appreciated and she liked our humour on the show. What a special day it was.

Presuming the show continues for another series, what storylines would you like to see?

Pauline: Something on a warm Caribbean beach! Seriously though, I've had some great storylines over the years, I mean in one episode I got to be a spy! Sharon's never had much luck in love, so maybe a nice story there - maybe one day her prince will come!

Charlie, would you like any specific storyline for Travis?

I'd love to do more gritty stuff but that wouldn't really work in Birds, as it's a comedy. As an actor it's good to get your teeth into various genres - but I absolutely love doing comedy

Any guest stars you'd like to see appear in the show, Samuel?

I'd have to say Eva Mendes - do you think she'd come to Chigwell? She and Garth would make a great love match.

Who would be the ideal guest star to play Tracey Stubb's new love interest?

Linda: I said this last year and nobody listened to me - I want Sean Bean! Sean Bean!

Birds Of A Feather is on ITV on Thursdays at 8:30pm.