Over thirty years ago, a new wave of stand-ups spearheaded the Alternative Comedy movement, marking themselves out as different from the safe television turns, the Oxbridge satirists, and the racist and sexist Working Men's Club comics of the time.

These are the kids that got thrown into the urinals at school. They are not fashion victims, presenters, broadsheet buzzwords, or industry players. They are the people who just had to be stand-ups.

The Alternative Comedy Experience was filmed in front of a real comedy club audience during full weeks of packed houses at The Stand comedy club, Edinburgh, faithfully capturing the unique atmosphere at one of the UK's favourite and longest established live comedy clubs. 'Sadly', there's no reaction shot cutaways to laughing celebrities. Instead, a crowd comprised of four-eyed pseudo-intellectuals and unforgiving drunks, is close enough for the viewer at home to experience the sense of danger, and thrilling triumph that pervades real stand-up shows.

The Alternative Comedy Experience showcases each act stripped across the series, appearing in a number of different episodes - with the live footage intercut with backstage clips that eavesdrop on Stewart Lee and the respective performers enjoying the kind of conversations about comedy stand-ups really have off stage.

With its fast-moving distinctive visual style and unique cast The Alternative Comedy Experience is original, unpredictable, and unlike any other live stand-up show on our screens.

The Alternative Comedy Experience celebrates the past, the present and the future of the UK comedy circuit and the craft of stand-up comedy at its most original. Renew your faith in this vital live artform. 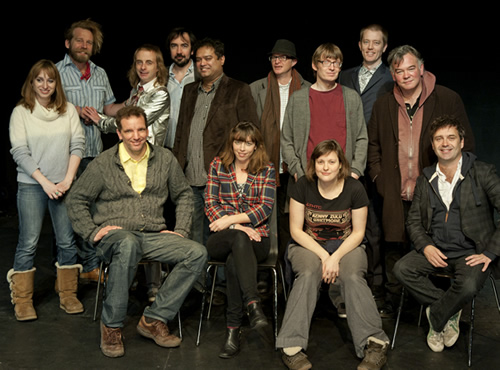