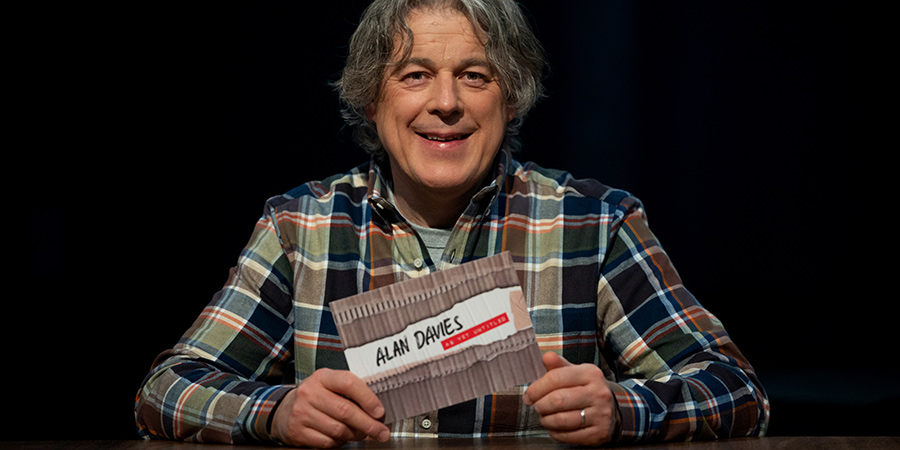 After a break of several years, Alan Davies returns to Dave to invite four funny and talented guests to join him around a table and chat.

How does it feel to be back filming As Yet Untitled?

It's very exciting to be back filming As Yet Untitled, because being out the house itself has been exciting. And we've got an amazing venue, all of the guests seem to be terrifically excited to be in the company of someone other than their families.
We've had to wait quite a long time for another chance to do the show, so it feels really fresh. It feels new, especially with the new venue, so everyone is very upbeat. It can only go downhill from here.

Can you remind people what the show is about and what audiences can expect?

Well, we've recorded some of the shows and they've been very funny, and they really are about funny people trying to be funny whilst telling stories that are generally funny, they are the butt of the joke or something humiliating has happened.

I'm always surprised by what comes my way, I never know what the stories are going to be, which is the best way to do it. And what's been nice is that we've got a bigger table this year, there's a bit more room, people talk to one another perhaps more than they used to... or maybe I'm imagining that, I don't know.

It's free flowing and it's all off the cuff apart from everyone's little anecdotes that they have come with and so it's quite intimate, you do feel like you're part of the chat.

Who do you have joining you on this series?

Well, Joanne McNally and Harry Hill, Sara Pascoe, Ade Edmondson, Darren Harriott, John Kearns, bags of people, really good people. Sarah Keyworth, lots of new people that I haven't met yet. Helen Bauer, who's hilarious, Rachel Fairburn and then lots of really well-known people, some of whom are coming back. We've got Richard Ayoade, Dara O Briain coming on, so we've got a really good bunch. 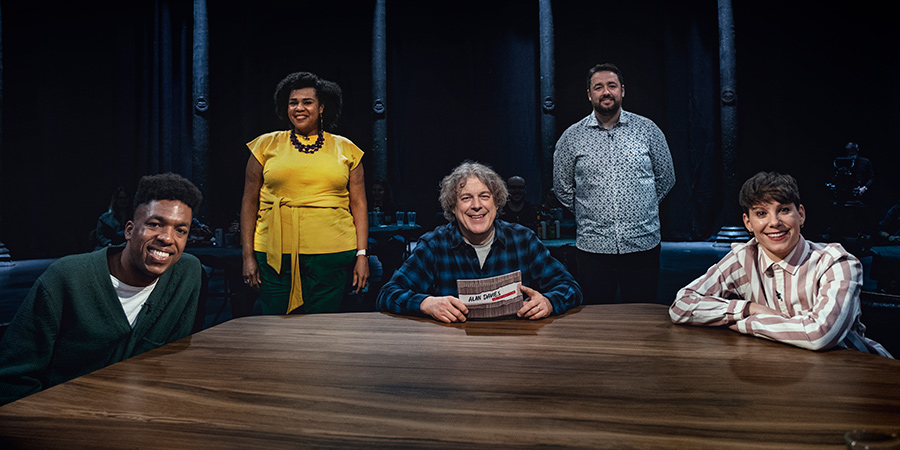 So, you're filming in Roundhouse, in Camden, this series. How does that feel?

There's lots of space in the Roundhouse but because it looks so nice and because its famous and much loved, I think people just like coming here. It's just a nice place to be, you say to people 'we're doing it at the Roundhouse' and they say 'oh, great!'.

Are there any stories since we last saw you that you can't wait to tell us?

My dog caught a crow... it's been quite a low-key year. It got away by the way, because I think that might be an offence under the 1981 Wild Birds Act. It easily fought her off.

Who would be your absolute dream guest to have around your table?

Well, I've got so many comic heroes, like Chris Rock, Steve Martin and Tina Fey but they're all locked down in the United States. I suppose it would be great to have all the cast of Ab Fab, we can't have dear old June Whitfield, but Jennifer Saunders and Joanna Lumley would be great. But, to be honest, we've had most of the people that you'd want to have!

One of the nicest things about this show is that people want to come on and they enjoy being on.

This time the series is also a podcast too, so tell us about how that will differ from the TV show and what people can expect?

I think that there is more in the podcast, there's more stuff. We record quite a lot and on Dave they have to cut it down to 4 relatively short sections for an hour of Dave telly and we've normally got at least another hour of absolute filth (laughs). So, look forward to that! We don't aim high but you know Radio 4's output is extensive.