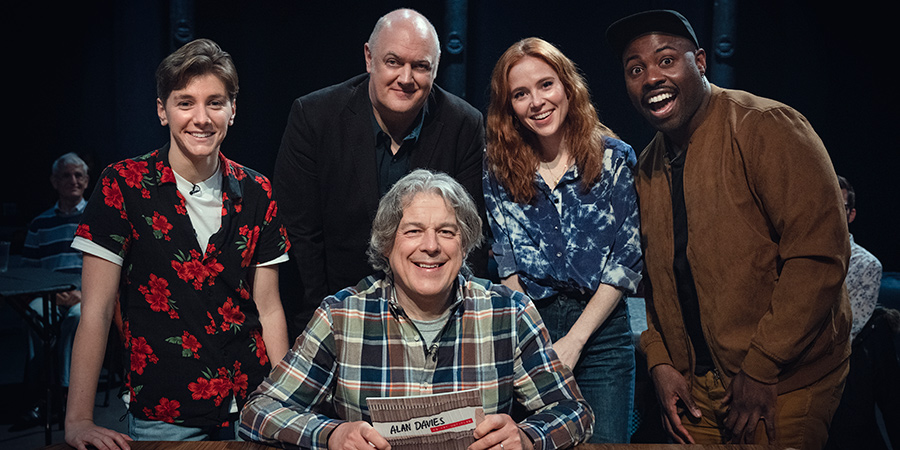 Sharp-witted stand-up Sarah Keyworth opens up about not fitting in and being confusing.

Brummie Darren Harriott brings his infectious humour to the table with tales of a trip to Croatia and why it left him naked and confused.

Irish TV presenter Angela Scanlon has a number of apologies to make especially to Sharon and Rose who are in no way akin to their nicknames.

Completing the quartet of funny guests is Dara O Briain, who still can't fathom who he's supposed to be and what he's done for the cause.

The intimate and free-form nature of the show spawns lots more funny anecdotes including why Alan failed his driving test; awkward encounters on the red carpet; and embarrassing weddings stories.

This episode's title was declared as Chin Chin Bitches.

Dara O Briain tells Alan about the part he played in a younger man's coming out story.

Darren Harriott tells Alan Davies about his first trip abroad. The holiday took an unexpected turn when he ate what he thought were ordinary cookies. Not recommended.

Davies is the perfect host because he doesn't do much. But that's a skill in itself - and he always has plenty of stories up his sleeve if the conversation calls for them.