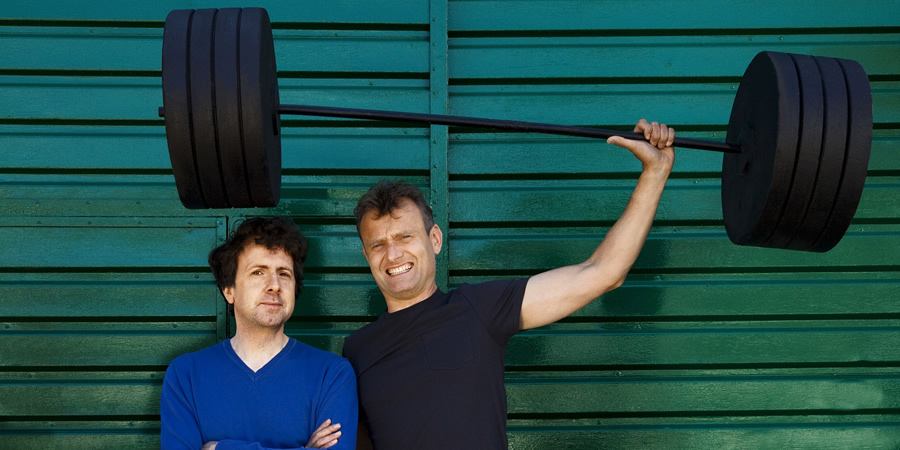 First broadcast on the 26th September 1998, The Now Show (or The Nooooow Shooooow as it announced by Dennis at the start of every show) is a satirical BBC Radio 4 comedy series about everything 'now'.

The programme occupies Radio 4's Friday evening 6:30pm slot on a rotation with The News Quiz.

Created by Bill Dare, and hosted by double-act Steve Punt and Hugh Dennis, the show takes an entertaining look at the week's news, using a mixture of sketches, stand-up and songs. The series is viewed by some as a successor to The Mary Whitehouse Experience, a show which also starred Punt & Dennis, alongside another double-act, David Baddiel and Rob Newman. 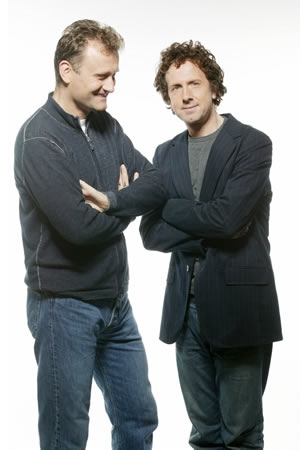 It used to be a case that there was a regular team of weekly contributors, but in 2016 the BBC - in a diversity drive - opted to 'sack' the other contributors. It lead to a front page Daily Mail headline: BBC sacked me for being a white man. Mitch Benn would perform one or two topical satirical songs each week, and Jon Holmes would, in the form of a scripted stand-up routine, answer the (often fictional) questions and queries delivered by the show's listeners. Holmes' short stature was a long-running joke, and always referred to by Punt & Dennis as they introduce him on stage. Laura Shavin provided all the female voices in the show for many years.

During the show, a separate stand-up routine is performed by an established circuit comedian. For a number of years Marcus Brigstocke took this slot, delivering a 'left-wing liberal rant'. Some of the routines that Brigstocke has performed on the show have gone on to become very popular on the internet - for example, there have been many hits on YouTube for the comic's 2007 rant about religion

The Now Show has several recurring jokes over the years, for example Brigstocke's remarks about street magician David Blaine, whom he calls the 'Gitwizard'. Other common targets include the middle-class fans of former tennis player Tim Henman (Come on, Tim!); Radio 1 DJ Tim Westwood; James Blunt; Ruth Kelly MP (with a bizarrely deep voice); the ignorance of teenagers when it comes to fruit such as oranges (Sunny-D plants[q]); a seagull that steals allen keys; "think of the children" mothers; and Flight Lt Colin Blythe from The Great Escape ([q]Let me come with you. I can see, I can see perfectly).

Episodes of The Now Show are brought to a close with the audience question. Here, Punt and Dennis read out answers to a question they asked the audience before the show. Some of the audience write jokes, others tell an anecdote, whilst some treat it as a way of expressing their frustration. For example, to the question: What three reasons would you give to people to holiday in England?, answers included:

- "Sudoku is more difficult in a foreign language."

- "There is less chance of running into Tony Blair."

- "Why go abroad when you can have a traditional English pint?... Then a second... And a third."

Here's another example, from 2008. The audience were asked, Have you ever suffered an embarrassing incident at a formal occasion?:

- "At a very formal wedding reception, my husband asked the waiter why his soup was so cold. The 'soup' in question was gazpacho..."

- I had to pretend I got lost at a State Banquet just so I did not get rumbled for playing sardines with a foxy French thing... (which was a reference to Gordon Brown getting lost in the Palace when President Sarkozy and his wife visited Britain)

- My husband and a couple of his friends decided to do the Full Monty at our wedding party. In front of my grandparents.