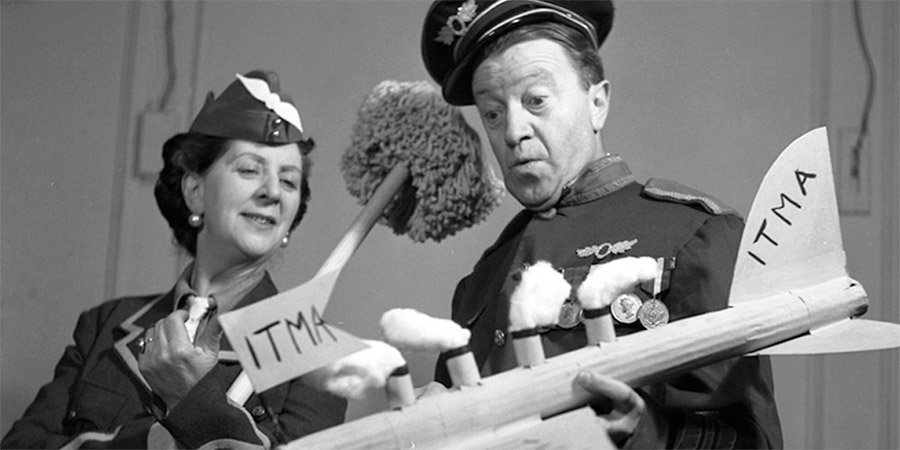 It's That Man Again

ITMA followed the adventures of Tommy Handley as he undertook a series of (fictional) bizarre jobs that involved working with strange characters.

The first series began with Handley working on a private radio station, but he later moved on to work as Minister of Aggravation and Mysteries at the Office of Twerps; the Mayor of seedy seaside resort Foaming at the Mouth; and Governor of the South Sea island Tomtopia.

Accompanying Handley during the twelve series were a range of characters with their own catchphrases, most notable of these being Mrs Mopp (Dorothy Summers) the char-lady whose line "Can I do you now, sir?" was the most popular catchpharse of the day; and Colonel Humphrey Chinstrap, who managed to interpret almost any remark as the suggestion for a drink, quipping in reply: "I don't mind if I do".