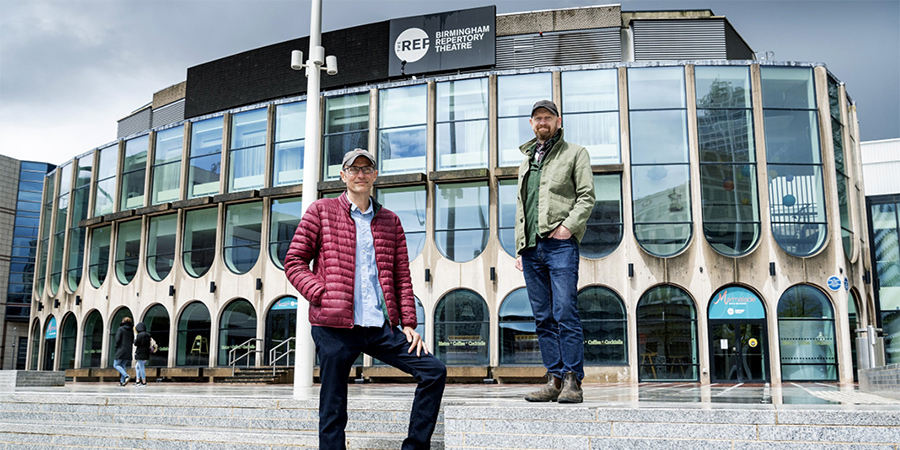 Sky Studios and Birmingham Repertory Theatre have joined together to launch Sky Comedy REP, an initiative to discover and develop new regional comedy writing talent from across the UK, particularly from communities that have traditionally been under-represented in the Arts.

The scheme - which features Dame Julie Walters as patron - will see nine writers selected to develop a one-act stage play.

This year, all the plays will focus around a simple premise: a meeting on a park bench.

All nine plays will then be performed at a three-day comedy festival at The REP early next year, featuring up-and-coming actors and emerging directors.

Throughout the six-month programme, writers will be paid for their work and receive one-to-one mentoring from huge names in British Comedy including Meera Syal (Goodness Gracious Me, The Kumars), Simon Blackwell (The Thick Of It, Veep) Danny Brocklehurst (Brassic, Shameless) and Guz Khan (Man Like Mobeen).

The scheme will also include a series of workshops and masterclasses at The REP featuring insights into all aspects of writing and production.

The organisers say: "Based in Birmingham, an international hub that is Europe's youngest and the UK's most ethnically diverse city, this partnership between Sky Studios and The REP will offer significant talent development in comedy, helping new writers, who may not have access to conventional networks, emerge and progress, ultimately benefitting the TV, theatre, film and wider creative industries."

The initiative will be overseen by The REP's artistic director, Olivier Award-winning Sean Foley (The Play What I Wrote) and Sky Studios creative director of comedy, BAFTA Award-winning Anil Gupta (Goodness Gracious Me, The Office).

Dame Julie Walters says: "I am honoured to be patron of this important new initiative to provide a platform for new comedy writing talent. Participants will be given access to some of the very best in the business whilst being given a paid opportunity to develop their skills and materials. I very much look forward to seeing, and enjoying, the final results."

Anil Gupta comments: "At Sky Studios, our ambition is to work with the funniest, most talented writers wherever they may be. When new and underrepresented voices are nurtured and encouraged, it creates better comedy, that speaks to more of our audience, a belief we share with The REP."

Sean Foley adds: "Sky Comedy REP is a unique and ambitious talent development programme for comedy writing in the UK. Developing and nurturing new talent from wherever it springs is a cornerstone of everything The REP does, and we are thrilled that this new partnership with Sky Studios will enable new diverse voices to take first steps in our industry. Comedy is a genre very close to my heart - I'm delighted to be creating this new initiative alongside some of the UK's leading names in comedy, including our patron, the great Dame Julie Walters."

To be eligible, writers must not have had their writing broadcast on television or performed in any theatre above 200 seats in size. For further information on how to submit entries writers should visit birmingham-rep.co.uk

The deadline for submissions is June 28th 2021.