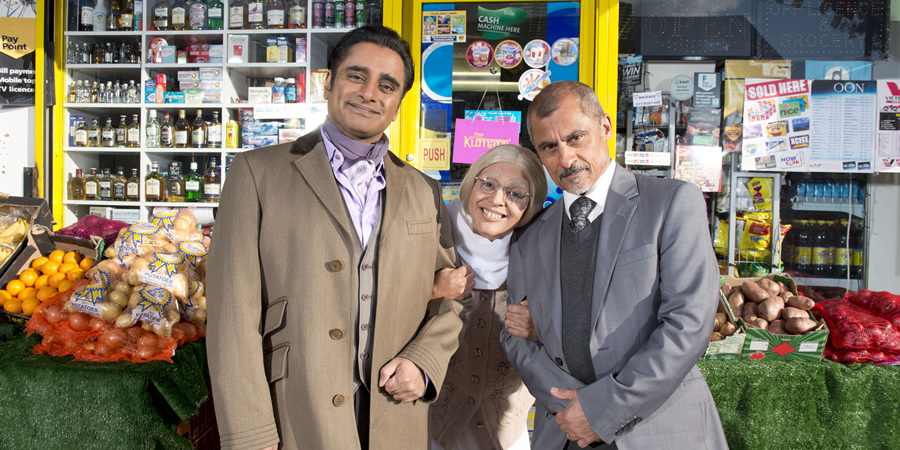 The Kumars return to the chat show format via Sky TV. However, due to the recession they are now living in a smaller flat

One of television's most loved families, The Kumars, return.

Following a downturn in fortunes, The Kumars are now living in a flat in Hounslow, behind the homewares and gift shop called Bimla's Superstore that Dad, Ashwin, now runs.

Host, Sanjeev is divorced from his wife of nearly two years, Bindiya, but they share custody of their precocious 8 year old daughter.

Mum, Madhuri, has returned to India to look after her ailing mother and Ashwin has secured a sponsorship deal with BIMLA CORP, to resurrect the family's talk show.

Each week, the hour long show features three celebrity guests getting embroiled in the Kumars' domestic squabbles, all whilst Sanjeev fearlessly tries to deliver a great chatshow.