RHLSTP #11: Death is Nice - Steve Pemberton and Reece Shearsmith. With the world in shock about the accusations about an ex-BBC employee with long hair and an odd home life who raised money for charity, Richard is keeping his head down, but he is joined by the slightly odd men behind such hits as The League of Gentlemen and Psychoville, Reece Shearsmith and Steve Pemberton. They chat about the unlikely character of Davey from Henry IV part II, what it's like to work with Woody Allen, as well as a RHLSTP exclusive - the name of the duo's next TV project. Find out where the inspiration for Papa Lazarou and the Psychoville Tina Turner tribute act came from, and the ghostly real-life occurrences that Reece has experienced. If you've ever wondered whether this pair would prefer a ham hand or a sun cream armpit then wonder no more. Have they seen a Big Foot? You'll have to listen to find out. Although if you don't have time to listen then the answer is no. This was a lot of fun to be a part of. I think you will like it. Prove me wrong if you dare. 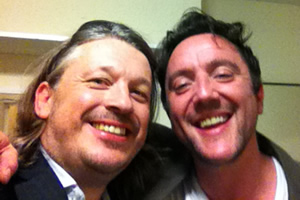 RHLSTP #12: Peter Serafinowic(h)z - Jeddy. Rich and his wife have made the ultimate commitment: they've been through their DVD collections and are getting rid of any duplicates. Some lucky... 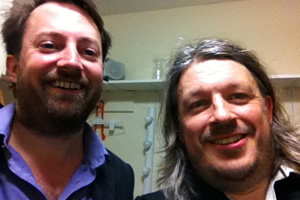 RHLSTP #13: David Mitchell - The Shreks of Westminster Bridge. Slightly worse for wear after having lunch with Alice Cooper at the Q Awards, Richard is delighted to welcome a... 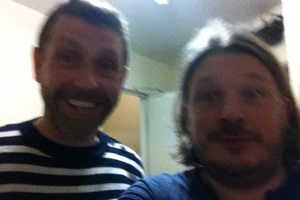 RHLSTP #14: Dave Gorman - Gagglewhack. The a Shrek joke may have run its course but that won't stop Richard running it into the ground. After all he is in... 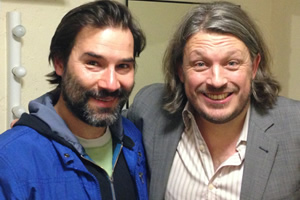 RHLSTP #15: Adam and Eve - Adam Buxton. It's the longest RHLSTP yet with Rich upstaged by his new butler, Siri and worrying about all the libel he has committed... 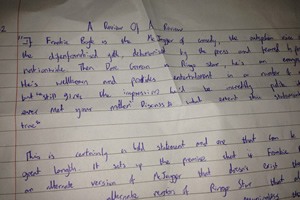 RHLSTP Extra: Secret stand-up from the Adam Buxton podcast. Each week at the Leicester Square Podcasts, Richard performs an exclusive stand-up set that is not (usually) uploaded to the internet....