Dave Bibby is an actor, writer, presenter and award-winning comedian

Dave Bibby is an award-winning comedian, actor, presenter, writer and voice over artist. Sorry, just to confirm, he's only won awards for comedy but he does do the other stuff. K? Good.

Dave has appeared in Channel 4's 'EYE SPY' alongside Stephen Fry and starred in Derren Brown's 'THE PUSH' for Channel 4 - haven't seen it? It's on Netflix now.

Dave is a regular on the comedy circuit and performed his debut solo Edinburgh Fringe show NOBODY PUTS BIBBY IN THE CORNER at Underbelly following two sell out runs with his sketch group LEAD PENCIL - as seen on Comedy Central, BBC Radio 4 and Best New Sketch Act Final. This was followed up with his second show 'Crazy Cat LAD-y' which was a sell-out smash hit of Edinburgh Fringe 2019 and transferred to London's Underbelly Festival on the Southbank.

Dave performed in THE MUSICAL COMEDY AWARDS 2018 GRAND FINAL at Underbelly Festival and won The WeGotTickets Audience Favourite Award and also made the final of The Leicester Square Theatre Sketch Off! competition in 2019 and won 'Best Male Act' at the SOLO Festival. Recently he won the New Online Comedian of the Year Award with Nodding Dog and Jokepit comedy. Told you he had won awards.

He has also written for BBC Radio 4 shows 'NEWSJACK', 'THE SHOW WHAT YOU WROTE' and 'SKETCHORAMA'.

As a presenter Dave wrote and performed on Yahoo Sport's 2018 World Cup show 'THE 32' and was resident comedian for 'THE FOOTBALL SHOW', broadcast globally - interviewing the likes of Harry Redknapp, Ray Parlour, Mick McCarthy, Rachel Yankey OBE and many more legends of the beautiful game.
​
"a highly capable performer who could very plausibly develop cult status"
Broadway Baby ⭐️⭐️⭐️⭐️

"a very tight and professional game show that could be taken to Channel 4 for a Friday night post-pub programme."
LondonTheatre1 ⭐️⭐️⭐️⭐️

"There's at no point that we wonder what time it is or how long is left, because we are completely engaged and consistently laughing."
Get The Chance ⭐️⭐️⭐️⭐️

'Stormed onto the stage, captivating the audience with his upbeat musical offerings... a true performer' British Comedy Guide

"A very tight and professional game show that could be taken to Channel 4 for a Friday night post-pub programme."LondonTheatre1, 9th March 2020

"There's at no point that we wonder what time it is or how long is left, because we are completely engaged and consistently laughing."Get The Chance, 21st August 2019 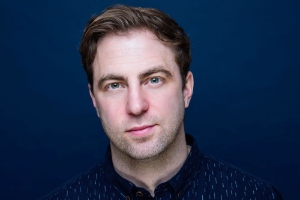 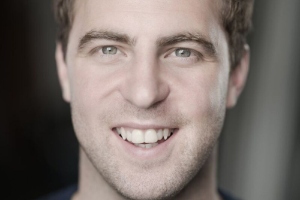 Non-comedy TV and film credits might be found here:
Dave Bibby on IMDb