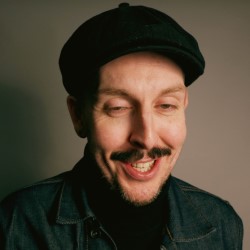 Join this 'observational genius' (Guardian) for his 10th solo show! In 10 years he's been married, divorced, happy, depressed and twice nominated for the Edinburgh Comedy Award. This year he's taking stock and seeing if his life, in those 10 years of coming to the Fringe, has lived up to his expectations. You may have seen him on telly (Mock The Week, Comedy Central) and he's 'ludicrously funny' (Skinny). Come along innit.