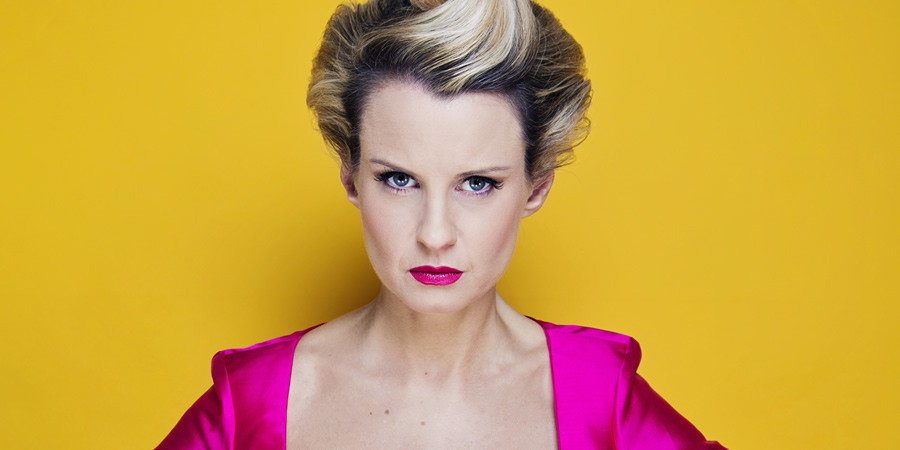 The award-winning character comedian and star of Channel 4's Lee And Dean celebrates four sell-out shows at the Voodoo Rooms with a mash-up of her favourite creations. Fearless comedy from the creator of international hit It's Got to be Perfect (Best Show at Funny Women Awards), Dolly Mixture, Would Like to Thank and Bitchelors. 'Beautifully crafted comedy' (Independent). 'A master of character comedy' (Comedy.co.uk). 'Morris has the X Factor' ***** (EdinburghGuide.com). ***** (FunnyWomen.com). **** (Herald). **** (Skinny). **** (Sunday Herald). **** (BroadwayBaby.com). **** (Stage) **** (ScotsGay.co.uk).

The star of Channel 4's Lee And Dean returns to Edinburgh with her fifth solo-show, after the success of last year's sell-out Bitchelors.

Morris presents a mash-up of her favourite creations including her infamous Bridezilla creation Georgina Francis (as seen on Comic Relief's Bride Aid), Taylor Tyler (as seen on Beano.com's School of Fashion), Jane Doe the bake-off finalist with a dark secret and J'anene the cruise ship host of post Brexit Budget Cruise ship The Bombastic.

Morris creates a distinct and unique interactive world for each character, taking the audience on a journey from holidaymakers on the cruise from hell, to guests at a catastrophic wedding, to the TV audience of cruel fashion TV show What the F*ck is She Wearing? to the customers of a very dodgy bakery...

Her creations are strong women who defy stereotypes and harbour deep flaws in their quest to have it all. As per her signature style over her previous four shows, Morris places the audience at the centre of the experience, destroying the fourth wall and fearlessly making everyone feel like part of the show.