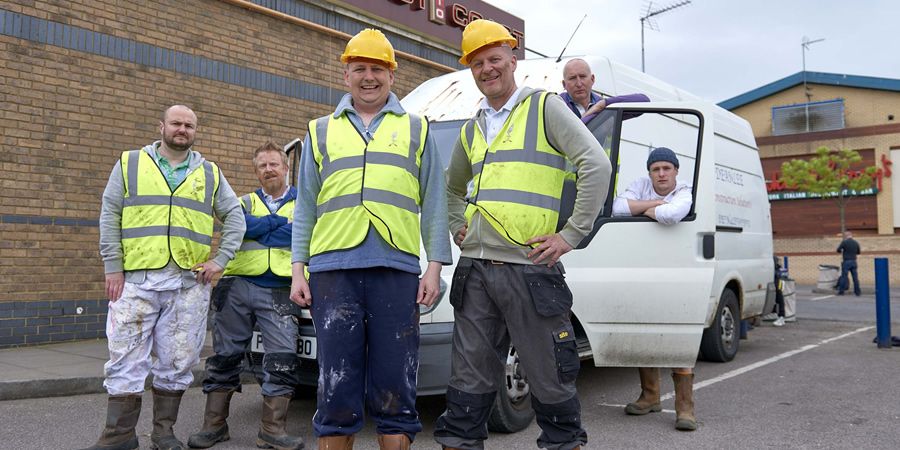 Introducing builders Lee and Dean - brothers from other mothers. Since school they've been inseparable... until Lee meets Nikki. For the first time Lee seems smitten, and Dean's nose is put out of joint when she moves into their flat and takes over organising Lee's birthday party.

Lee has also been enjoying 'builder's perks' with posh client Mrs. Bryce-D'Souza, who sees their dalliances as more than client aftercare. When Mrs. Bryce-D'Souza turns up at Lee's birthday party unannounced, Lee is terrified that she'll tell Nikki what's been going on... until Dean steps in to save the day. And when Dean's dad Terry mishears a drunken conversation, he unknowingly forces Lee and Nikki to commit to each other publicly.